A weekend of what could have been, for the Unitronic JDC-Miller MotorSports team at the tight and twisty Mid-Ohio SportsCar Course, for the third round of the IMSA Michelin Pilot Championship. After starting from pole position the team eagerly entered the race excited to regain their championship momentum with a strong result, only to suffer another mechanical failure leaving them with a 14th place finish. 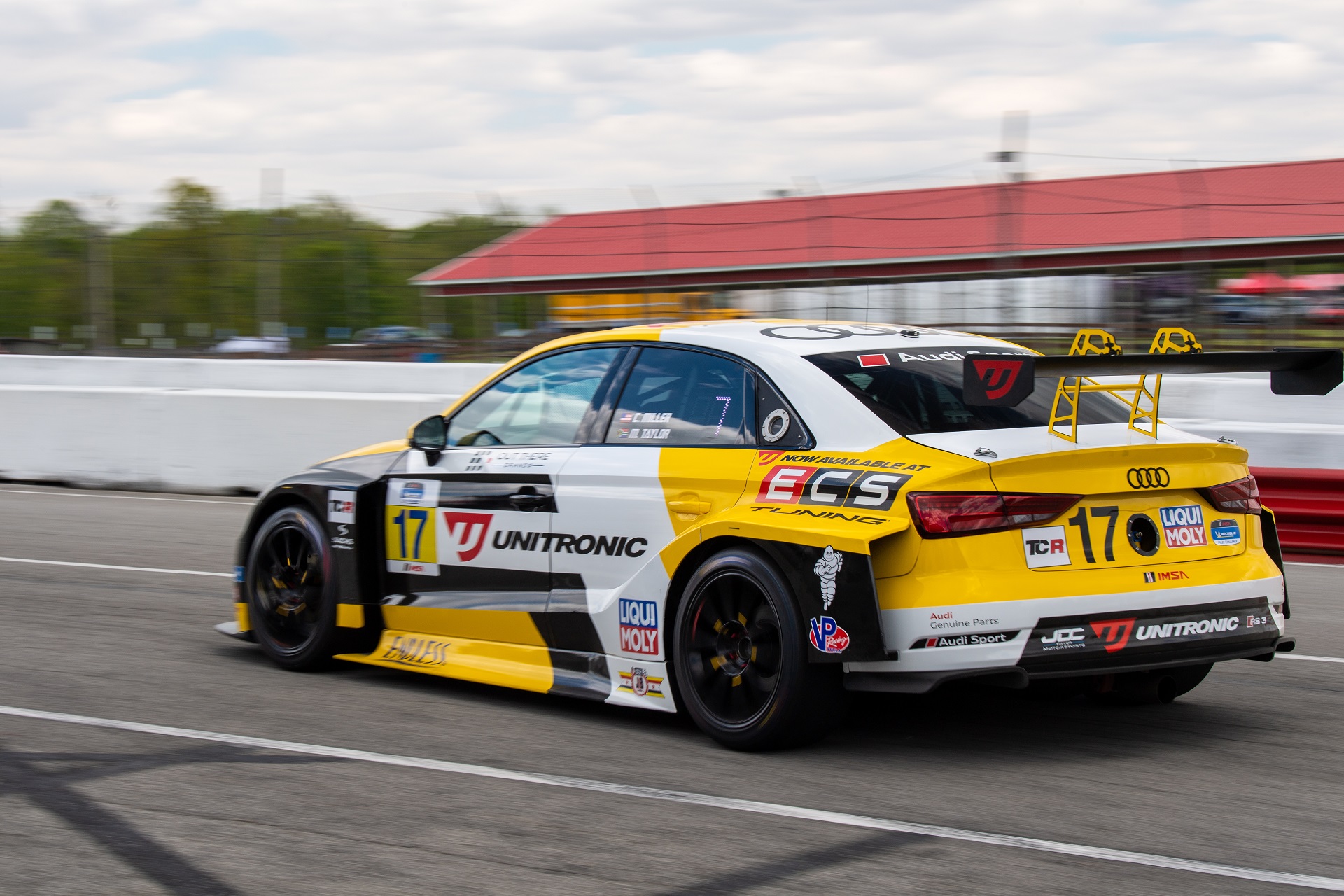 Heading into the weekend the team knew that the Mid-Ohio SportsCar Course wasn't necessarily the best track for the Audi RS 3 LMS TCR, because of it’s tight and twisty nature with doesn’t suit their platform right now mainly because of the amount of weight IMSA has added to the car during their Balance of Performance process, after the Audi’s success at the first two races. Balance of Performance uses a number of factors to either slow down or speed up a certain vehicle manufacturer in order to try to get everyone on a level playing field. 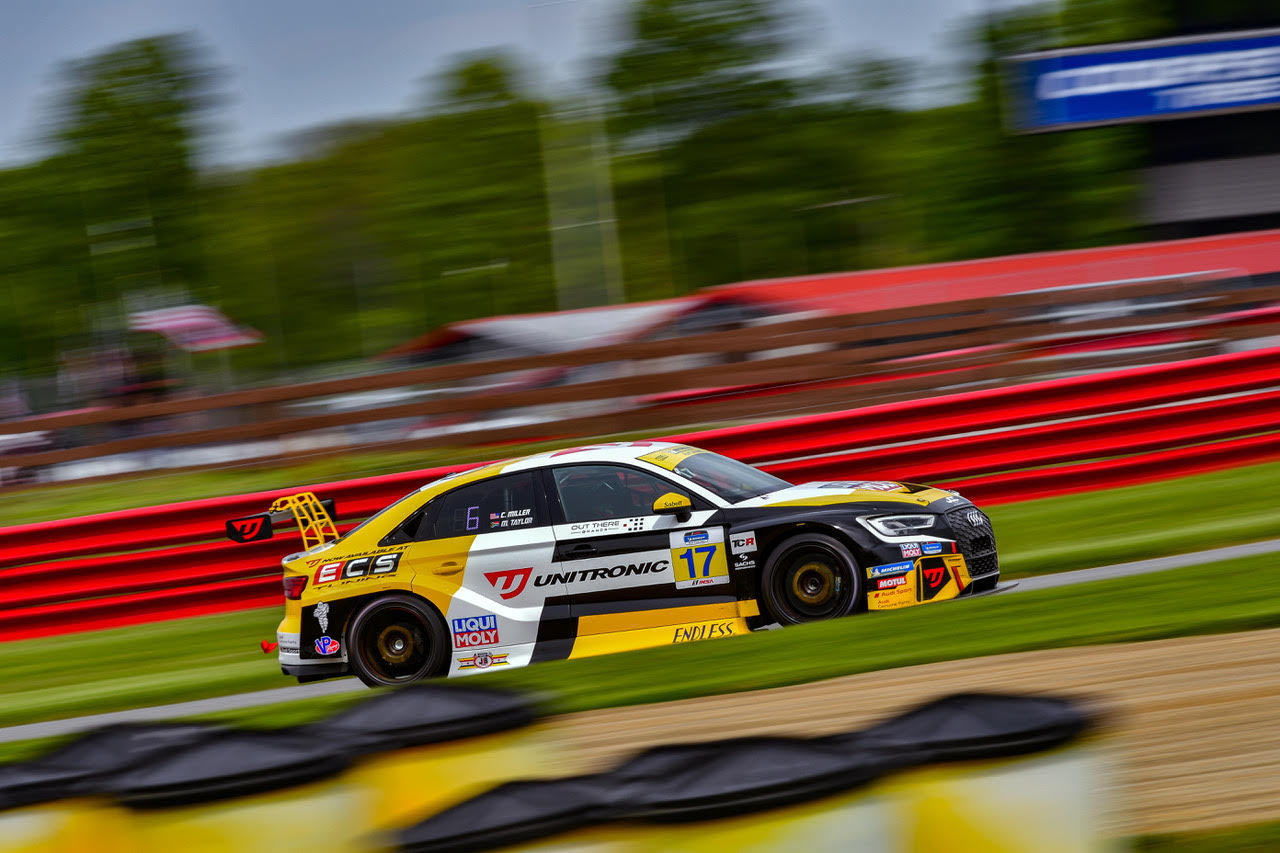 Despite this,the #17 crew started from pole position after a brilliant performance by driver Chris Miller, driving the car beyond its limits during qualifying! Right from the green flag Miller took the lead and started to gap the field. However once the Minnesota native caught up to slower traffic from the GS class ahead, passing them proved difficult, and ended up getting held up, pushing him back to 7th. and a few blocks and bumps later, Miller ended up in. Eventually getting through the back markers in the GS field, and finding his rhythm, Miller reduced the 4 second margin to just a few tenths of a second as he closed back up to the lead pack in TCR. 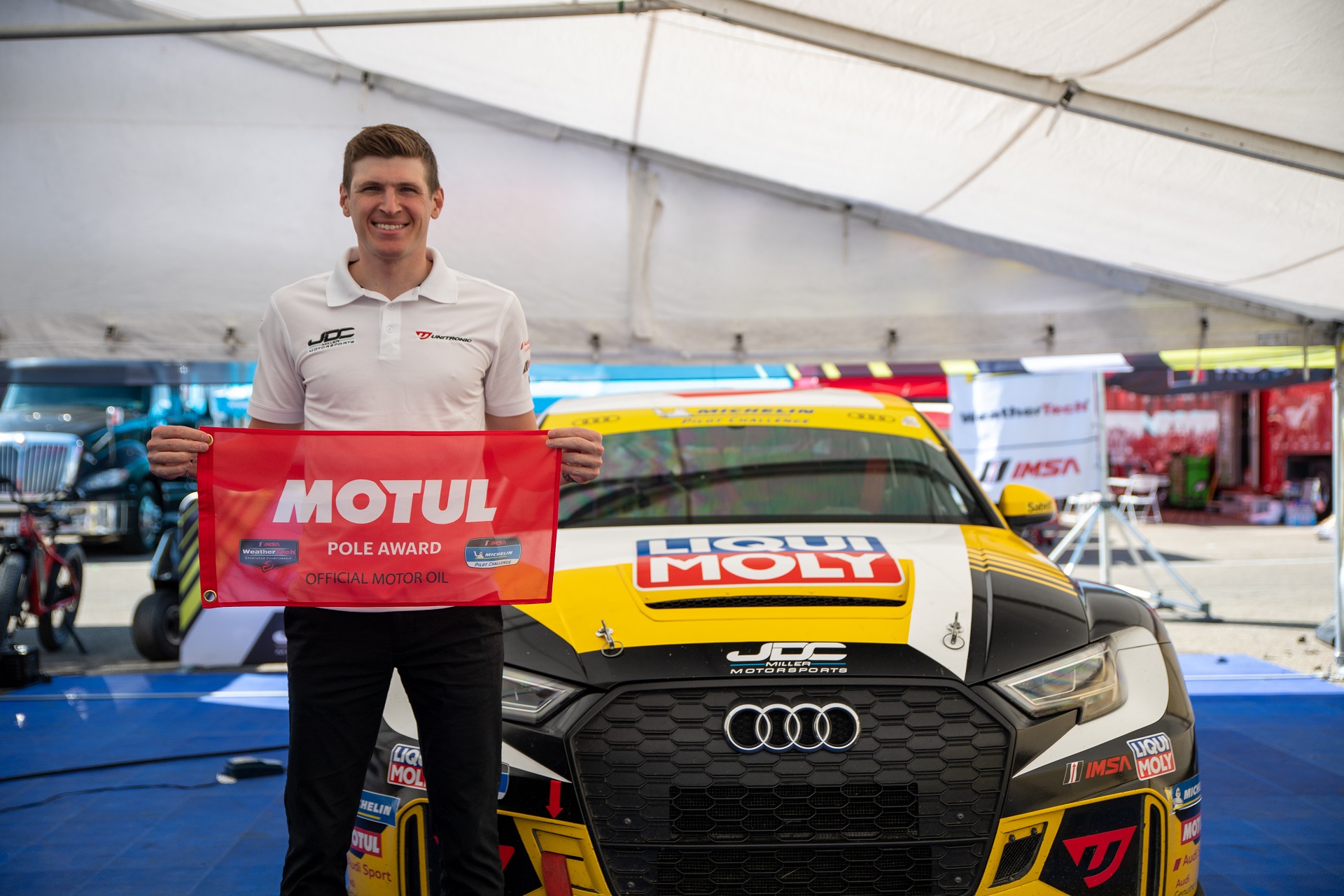 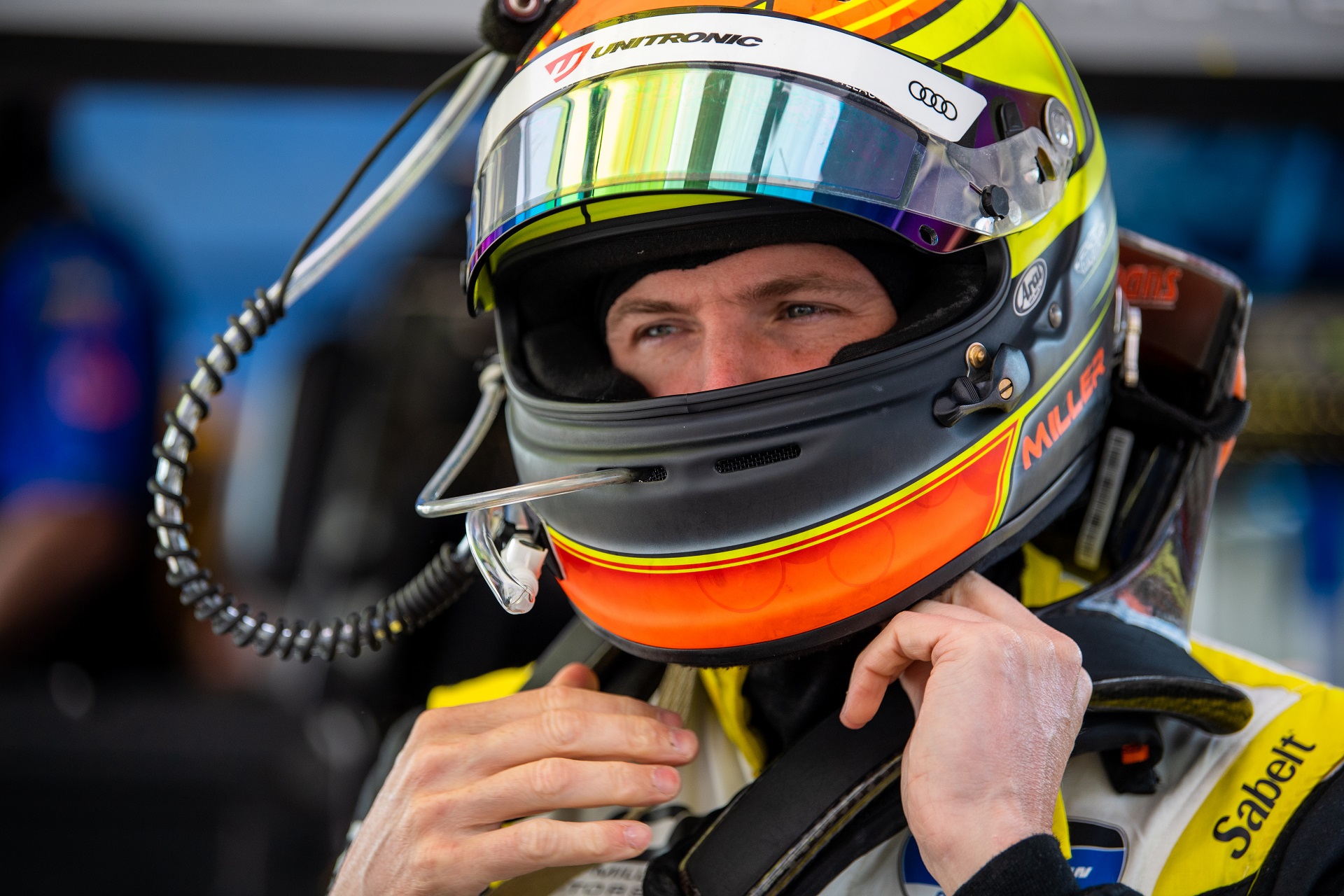 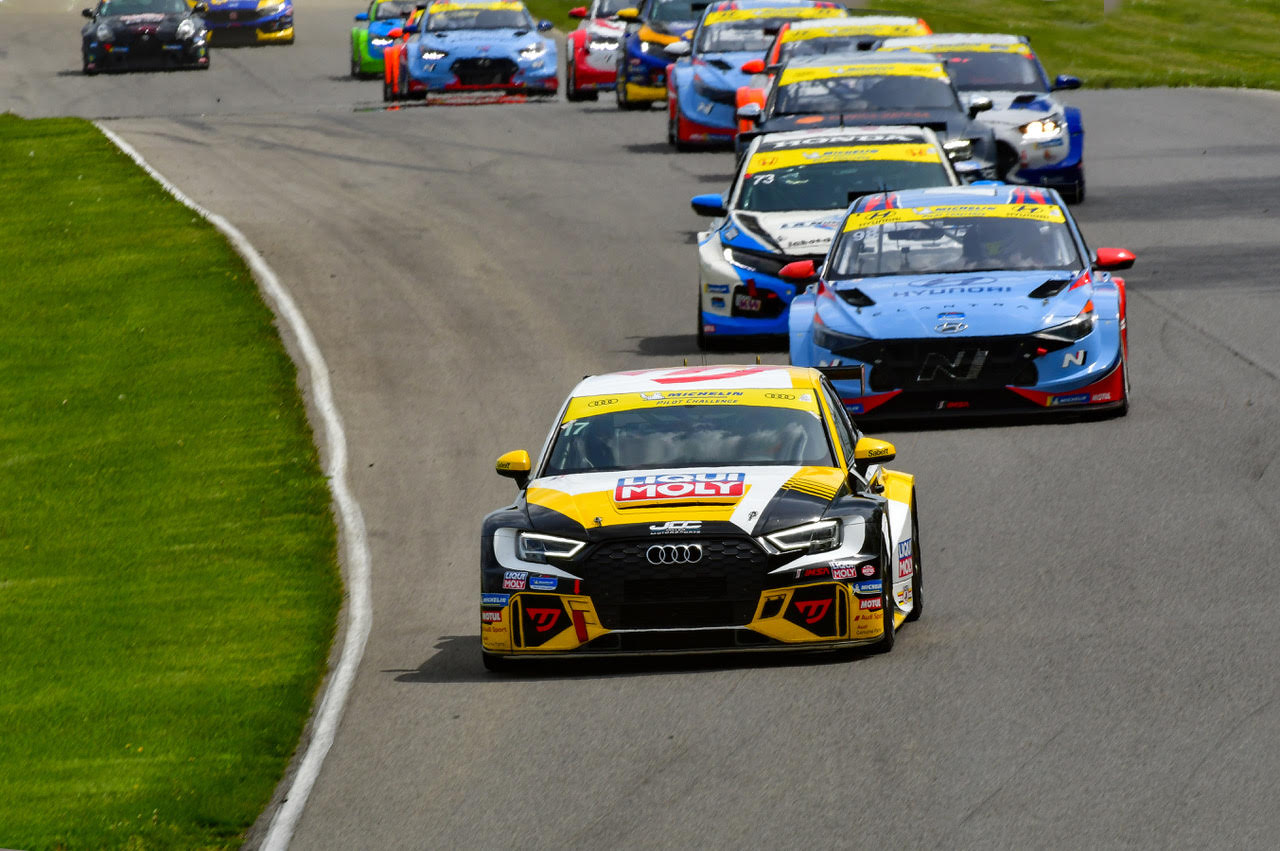 Bringing the car into the pit lane in 6th, the Unitronic JDC-Miller MotorSport pit crew got to work and after a quick pit stop jumped one position to 5th place, and right in the lead pack with South African born Mikey Taylor now behind the wheel. After a quick safety car period the race went back to green and Taylor started his pursuit passing one Hyundai to make it into 4th. However after only a few laps Taylor radioed to the team telling them the setup of the car wasn’t as crisp as it had been earlier in his stint and it seemed like they were lacking some speed. This feedback proved correct as after a few more laps and with approximately 30 minutes to the checkered flag, the car developed a fuel system related issue. 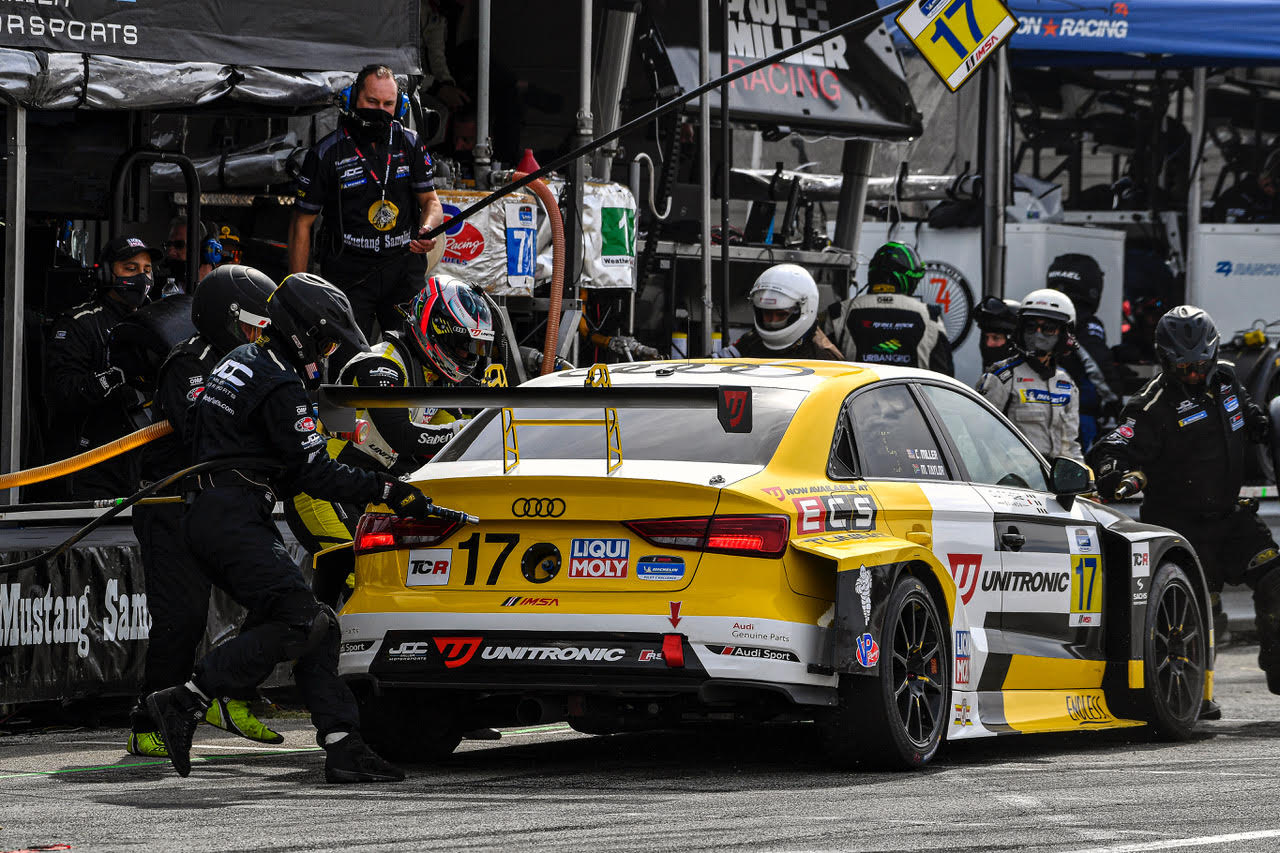 The team tried to find a way around the issue knowing that precious championship points were slipping away, but ultimately decided to retire the car to avoid any more damage to the engine and potential clash with other cars competing for the win. Another disappointing result for the team which looked to be the favorite for the championship, now sitting down the order in 8th position. 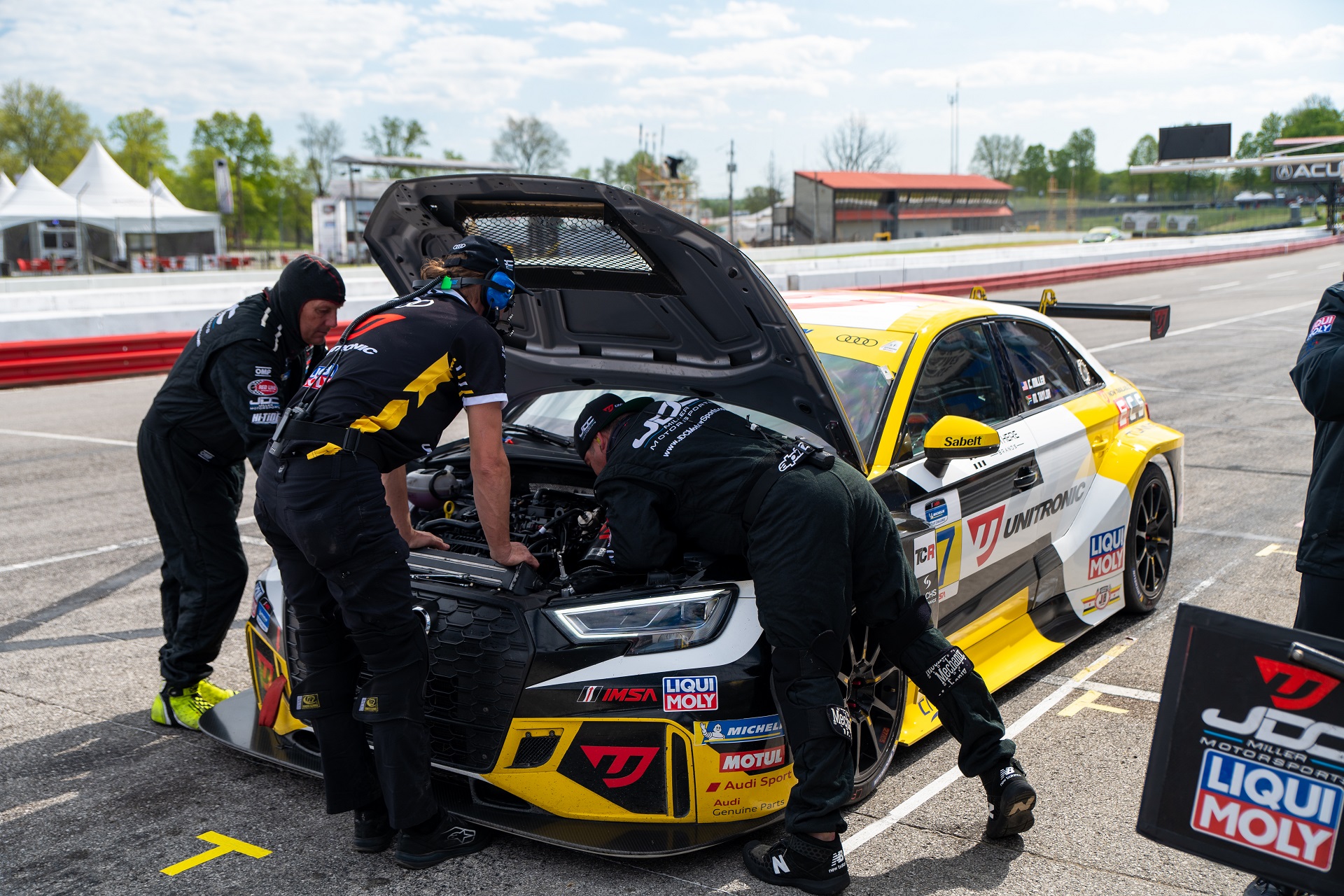 However the weekend was not without its positives, as the Unitronic team was able to kick off their new relationship with Authorized Dealer ECS TUNING, by welcoming members of the company into the paddock and giving them the race day experience. As well as connecting with the marketing team from Liqui Moly USA and Canada, and continuing to grow their partnership from the race track into the business world. 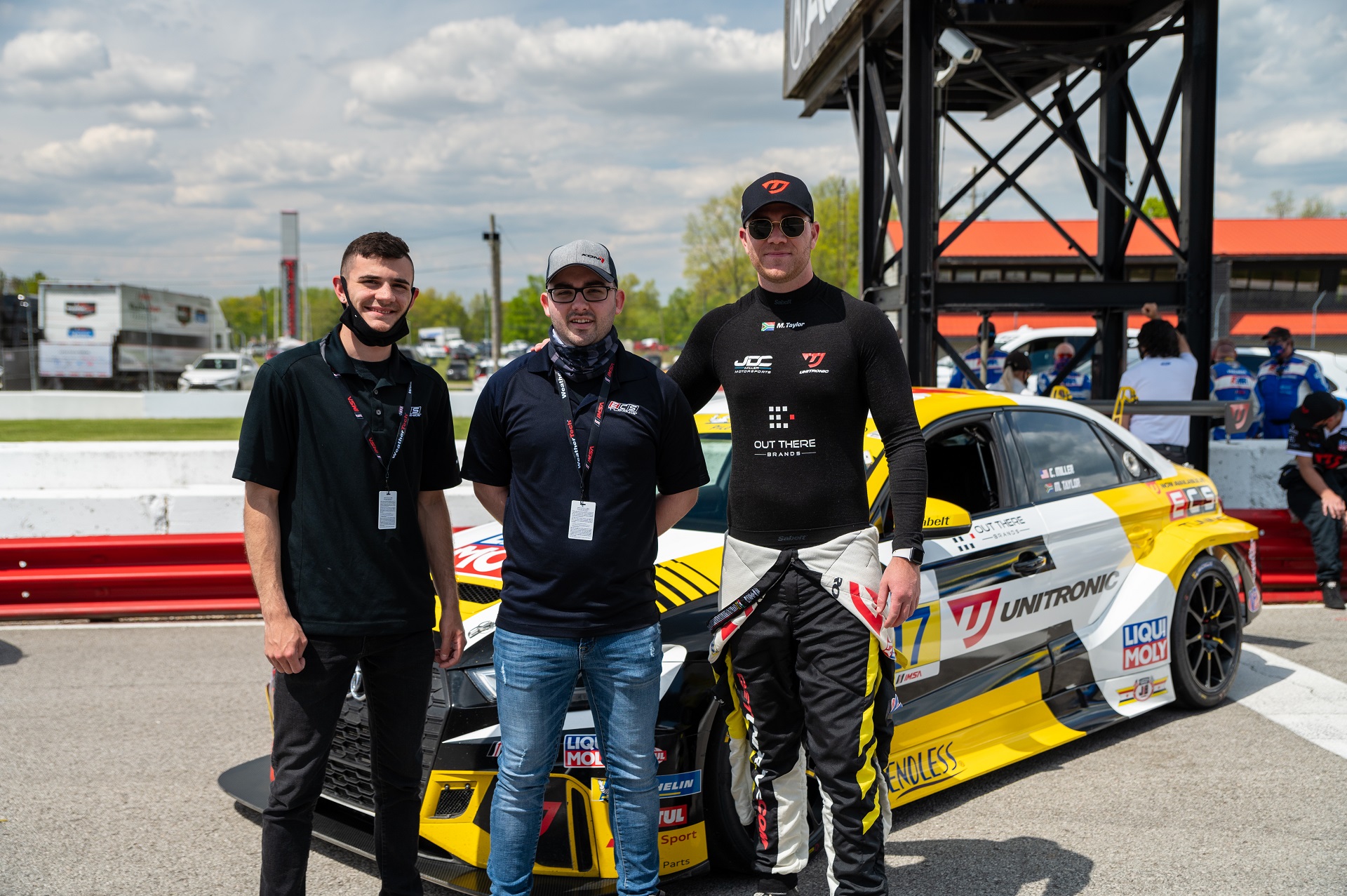 The team will regroup and head back to the track on June 25th for the next round of the championship in the beautiful upstate New York town of Watkins Glen! Follow along for more updates on the @Unitronic social platforms. 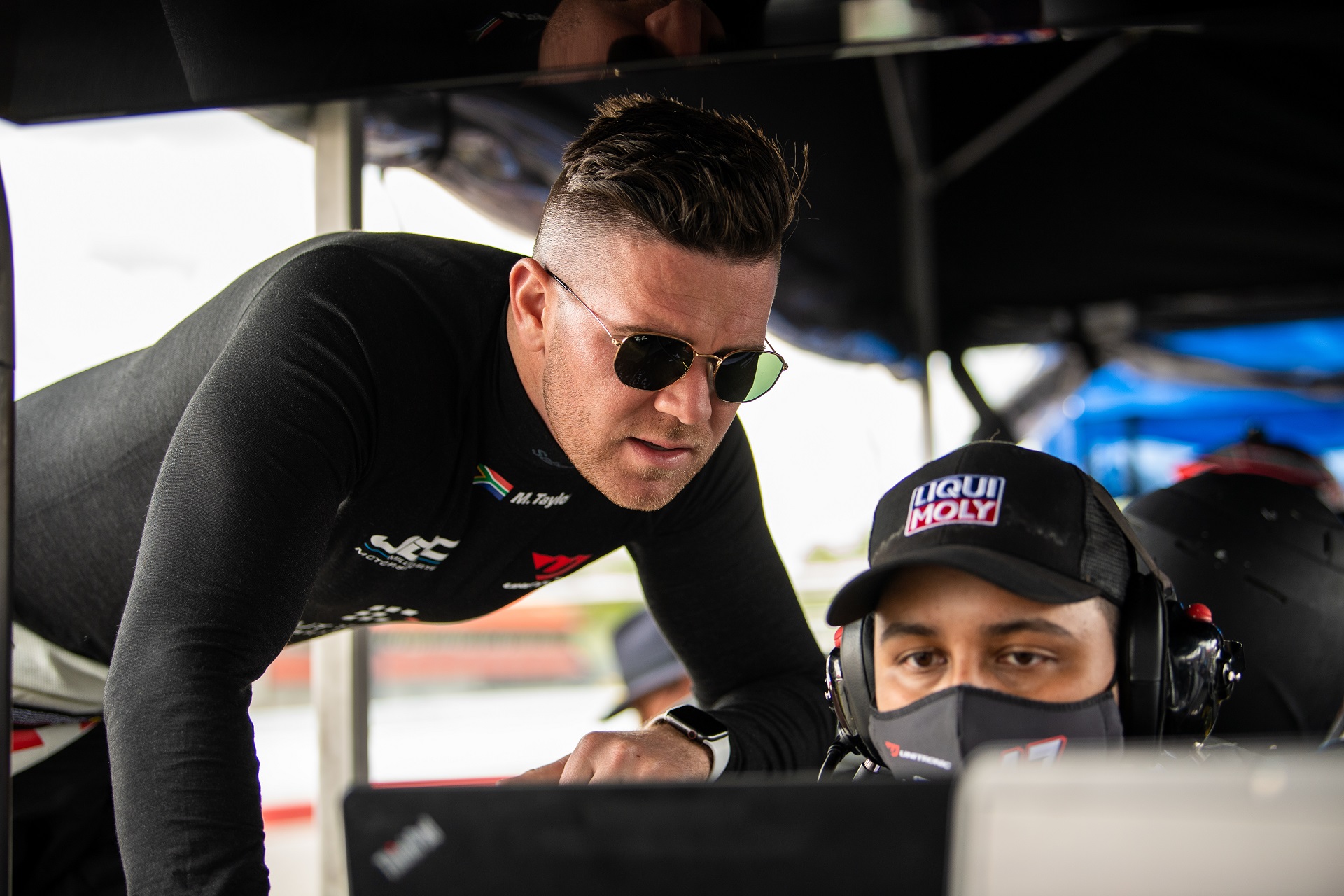 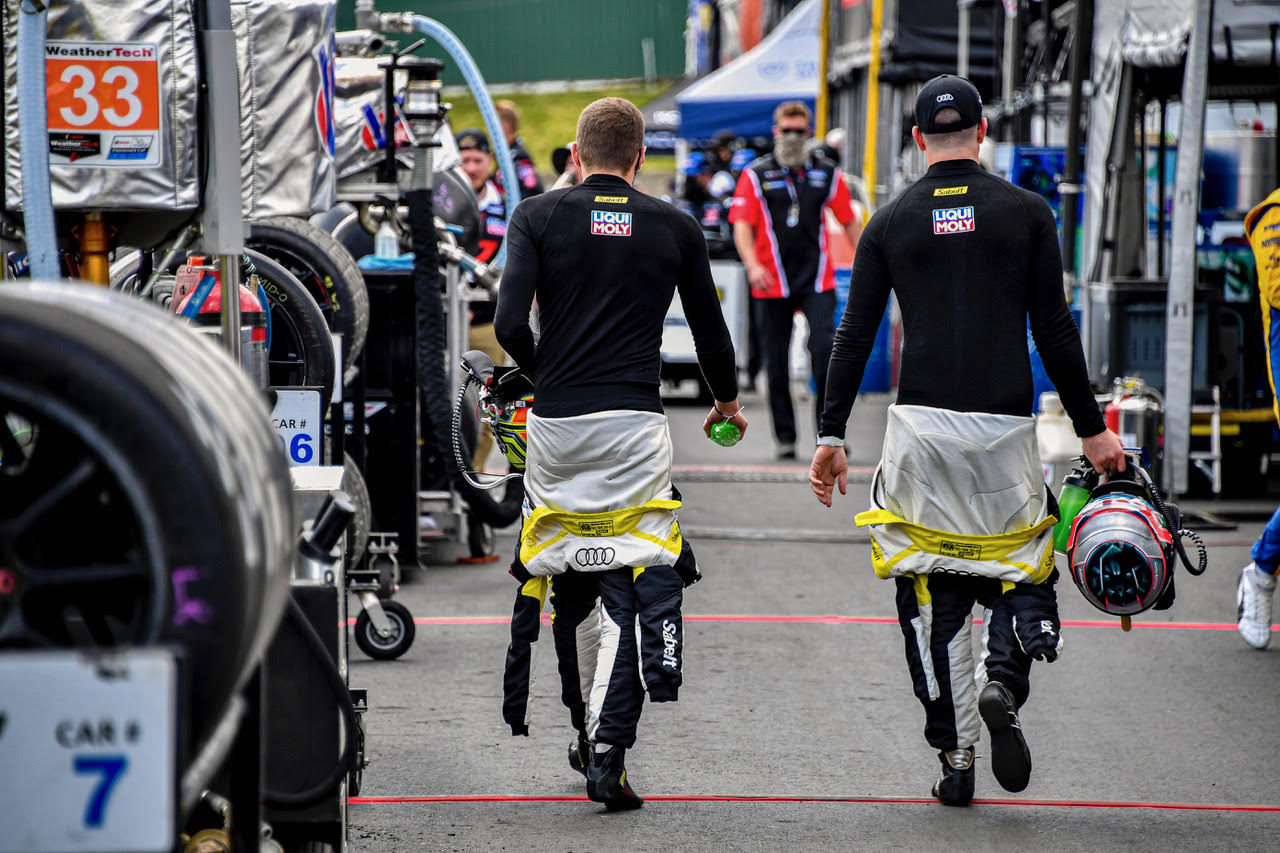 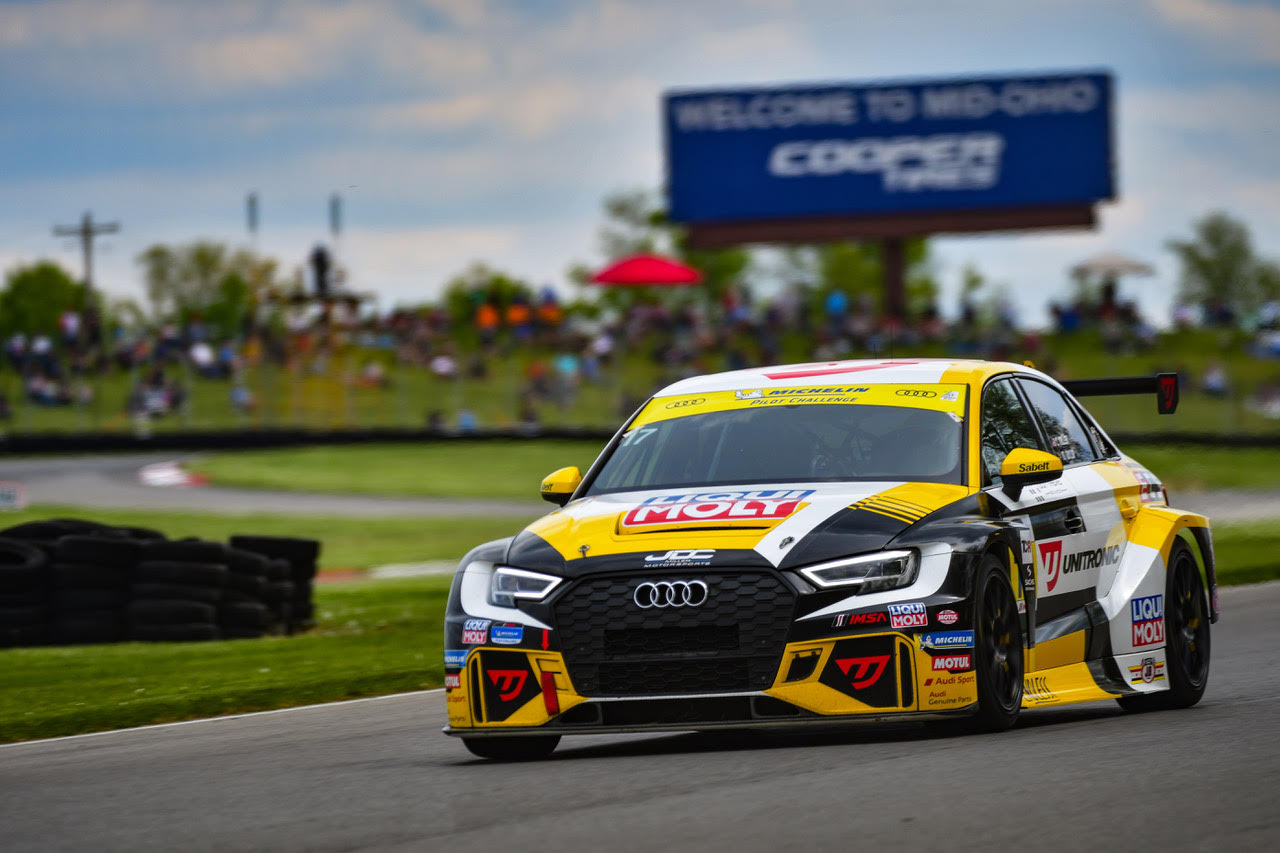 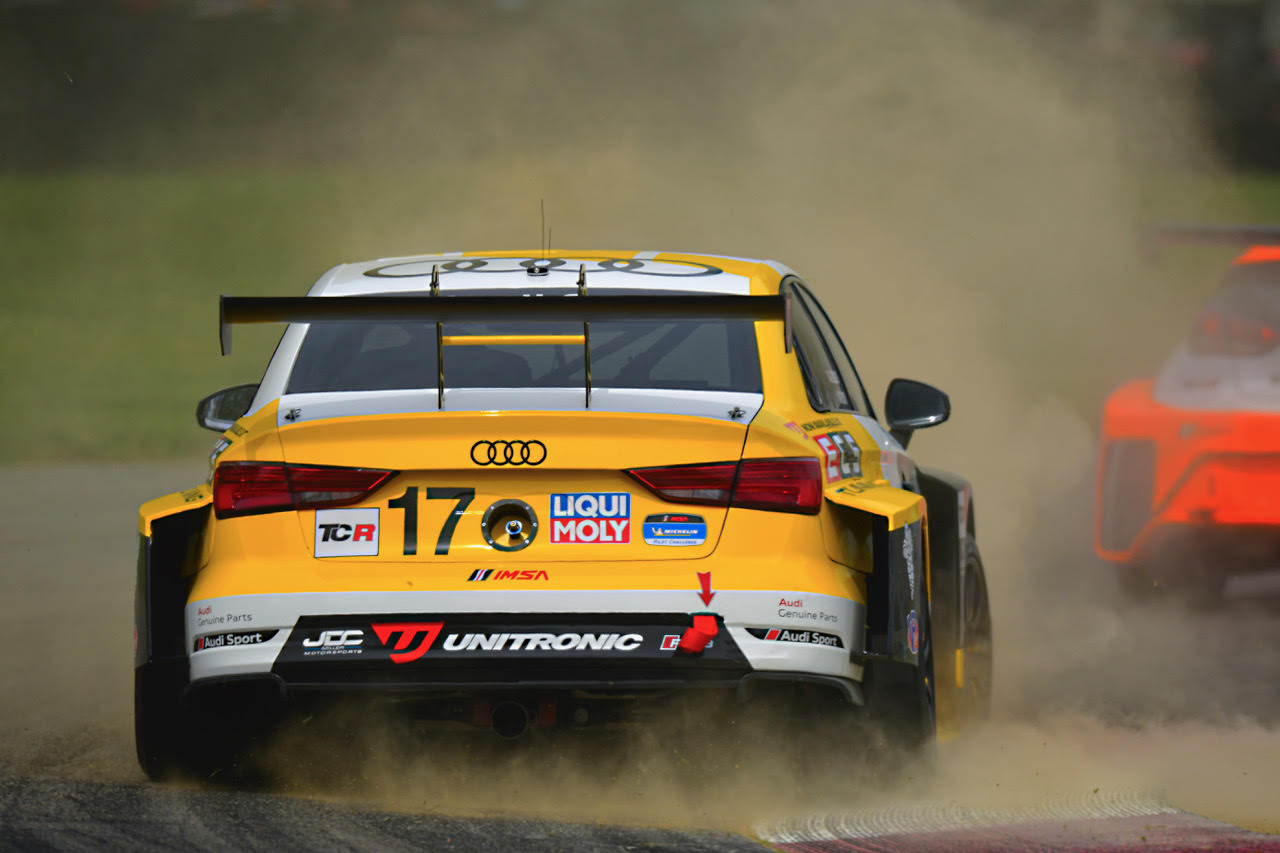 About ECS TUNING
ECS Tuning began humbly as a European auto repair shop founded by Andrew Demrovsky in 1962. He served the North East Ohio region and their maintenance needs for decades until in 2001, under the leadership of our founders, ECS Tuning transitioned into an online-based European Genuine, OE, and Aftermarket parts retailer. Now, ECS Tuning is the enthusiast-driven worldwide leader in Euro parts retail who serves the global community with the largest catalog of parts and performance upgrades available. Shop VW/Audi performance parts at www.ecstuning.com