The second round of the IMSA Michelin Pilot Challenge Championship took the team to the sunshine state for one of their toughest challenges yet, at the bumpy and abrasive Sebring International Raceway.

SEBRING, FL - After the standout performance at Daytona in January, the Team received a couple of Balance of Performance (“BoP”) adjustments from IMSA, including an additional 20-kg of added weight and a decrease to the maximum fuel capacity in order to try to slow the car and reduce stint run times. Having made these changes, the Team knew it wouldn’t be an easy week at an already tough track. 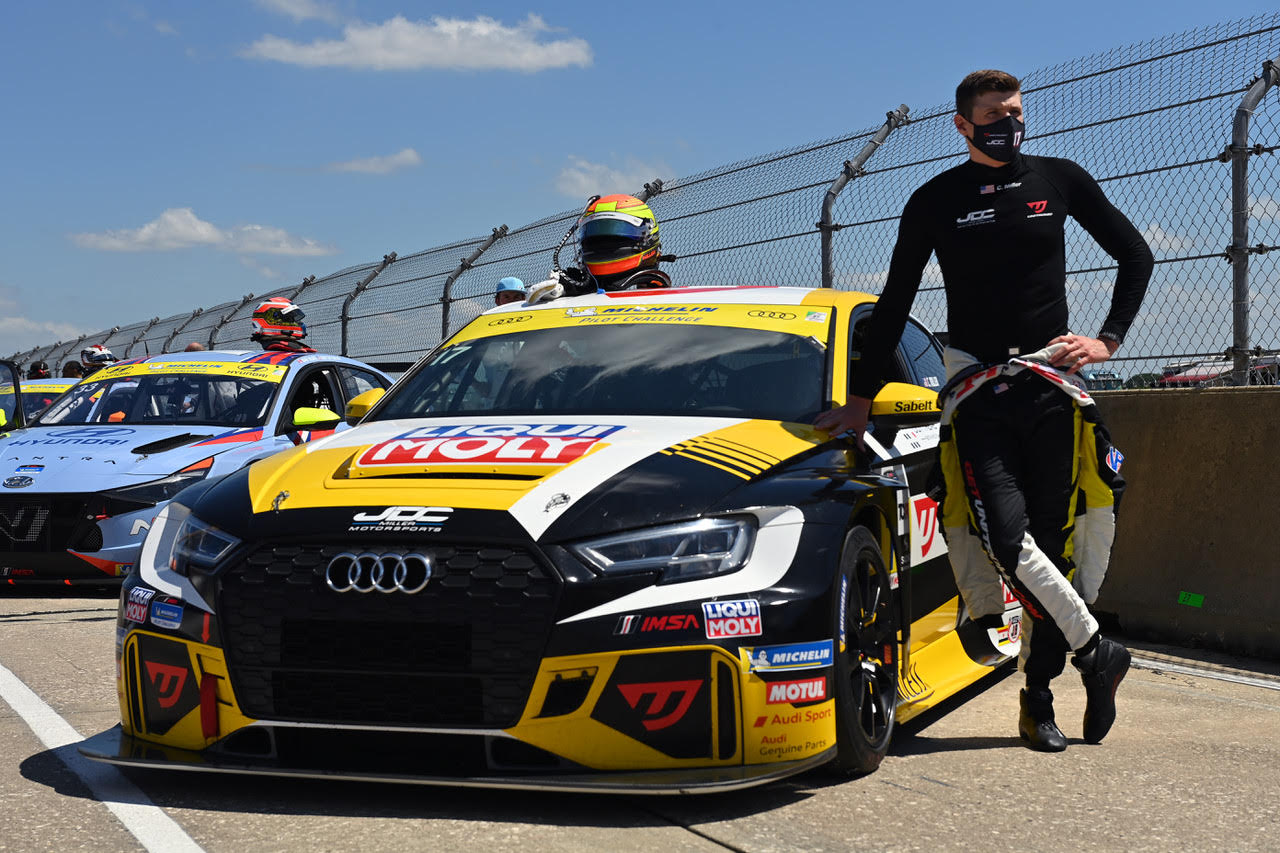 The weekend was plagued with mechanical gremlins, causing the Team to continuously chase and adjust the car setup to help resolve; a braking issue in practice one, and an axle issue in practice two left the team vulnerable heading into qualifying with team driver Chris Miller only managing a 7th position. “We had some issues in practice but I was still hopeful for a good result in qualifying. Unfortunately I was still struggling a bit with the braking and wasn’t able to get all of the potential out of the car. We have a strong car and team so I really believe we should be a threat for pole at most places we go. We will learn from it and I’m sure we can have a stronger showing at Mid-Ohio. ” 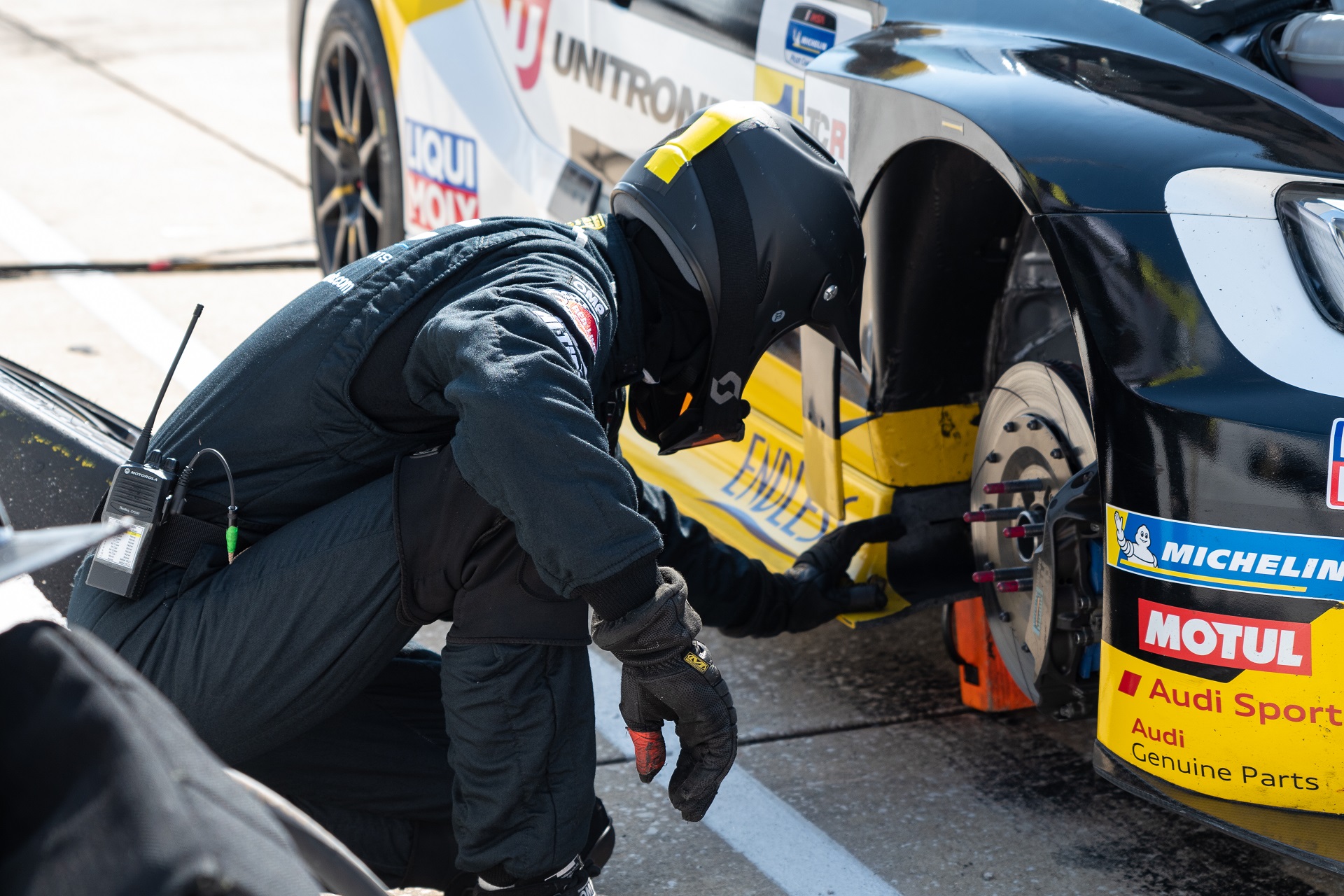 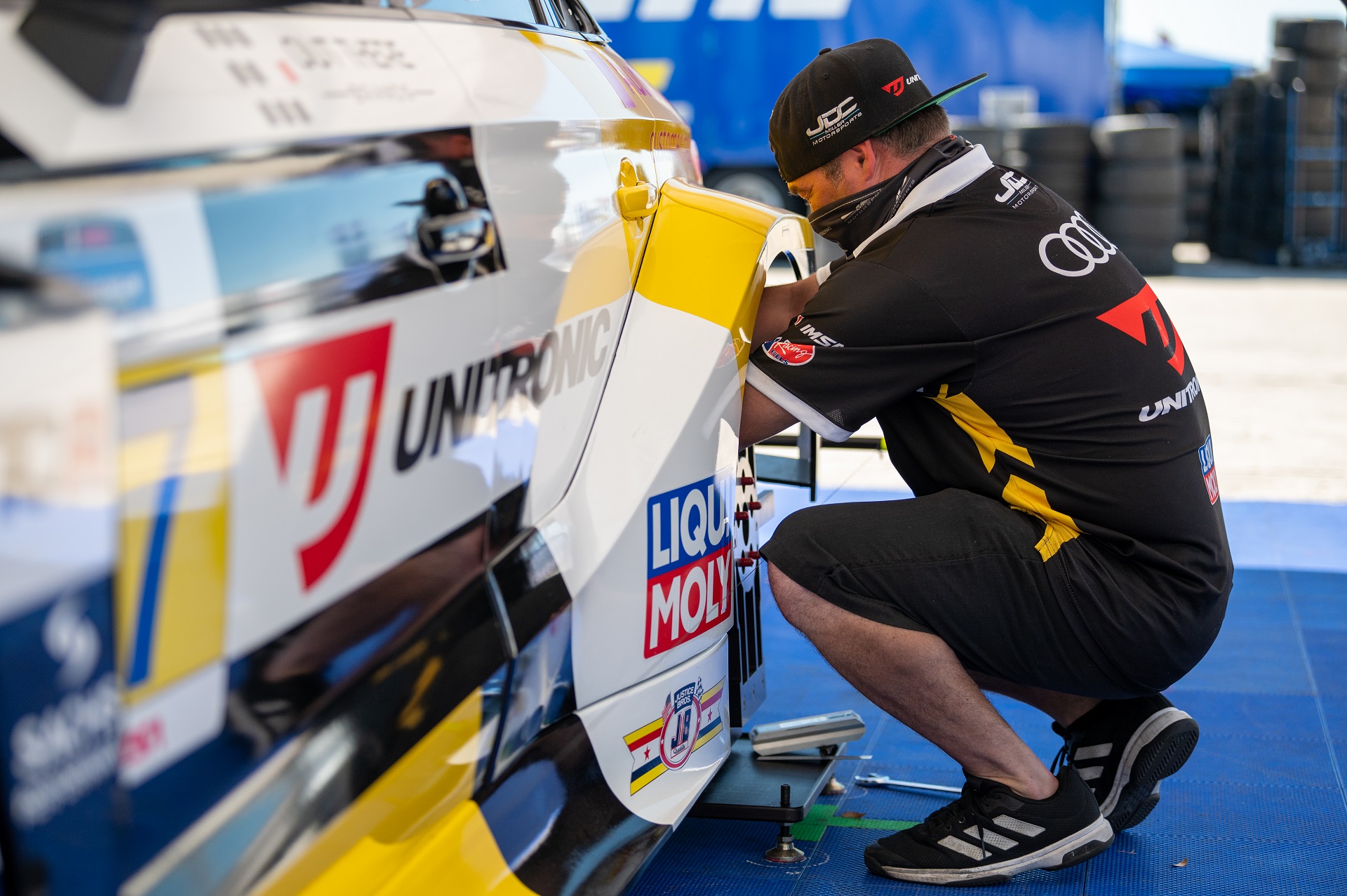 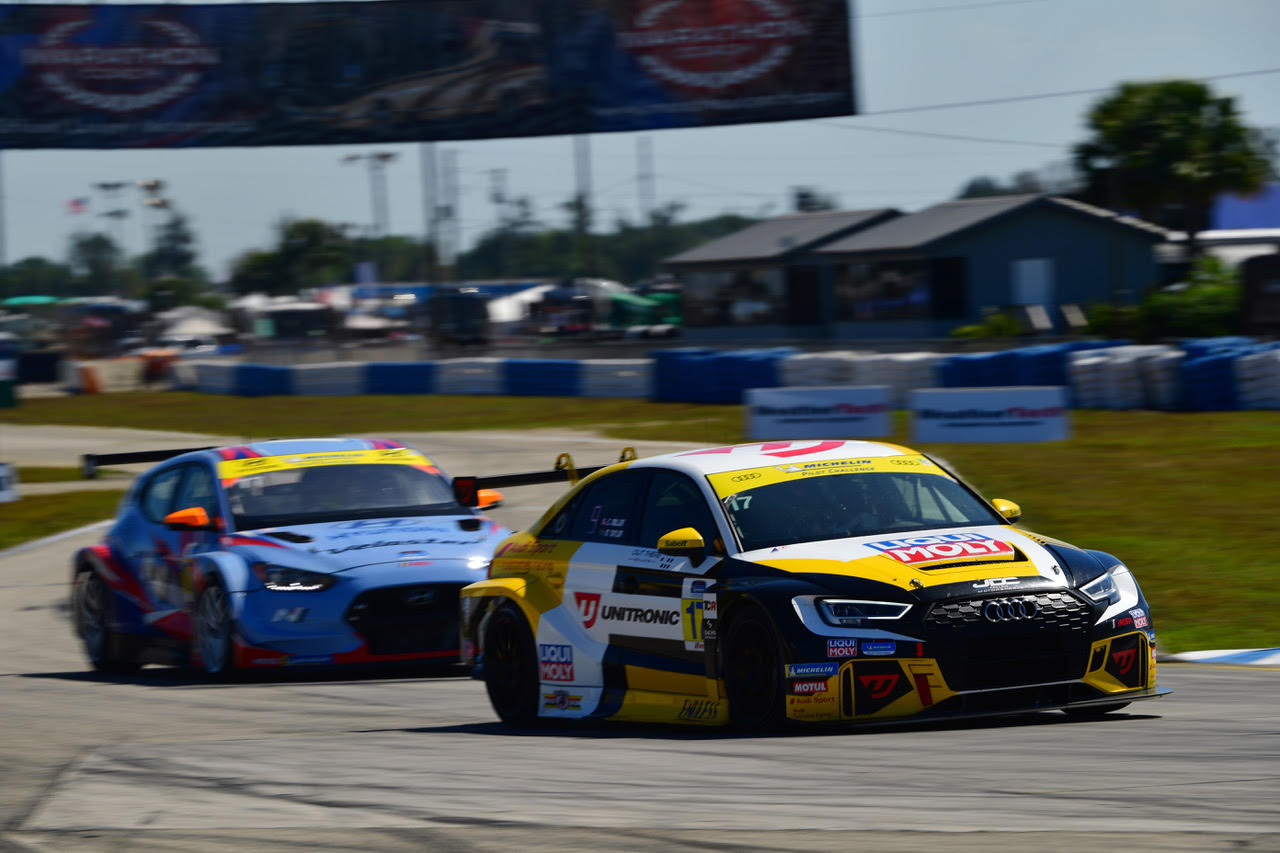 Starting the 2-hour endurance race Miller knew he had to start off strong, and that he did. Making up 3 positions and slotting the #17 RS3 LMS TCR into a solid fourth position. Unfortunately, after some laps he felt the issues that hindered him in qualifying come back, and he started to drop down the order. As part of the series regulations each driver must complete a minimum of 40-minutes of drive time, so the team was watching this closely along with the delta time to the leader. Due to the lengthy pit lane at Sebring, pit stop time is much longer than other tracks and therefore it is then easier to go a lap down if your car is too far behind the leader. 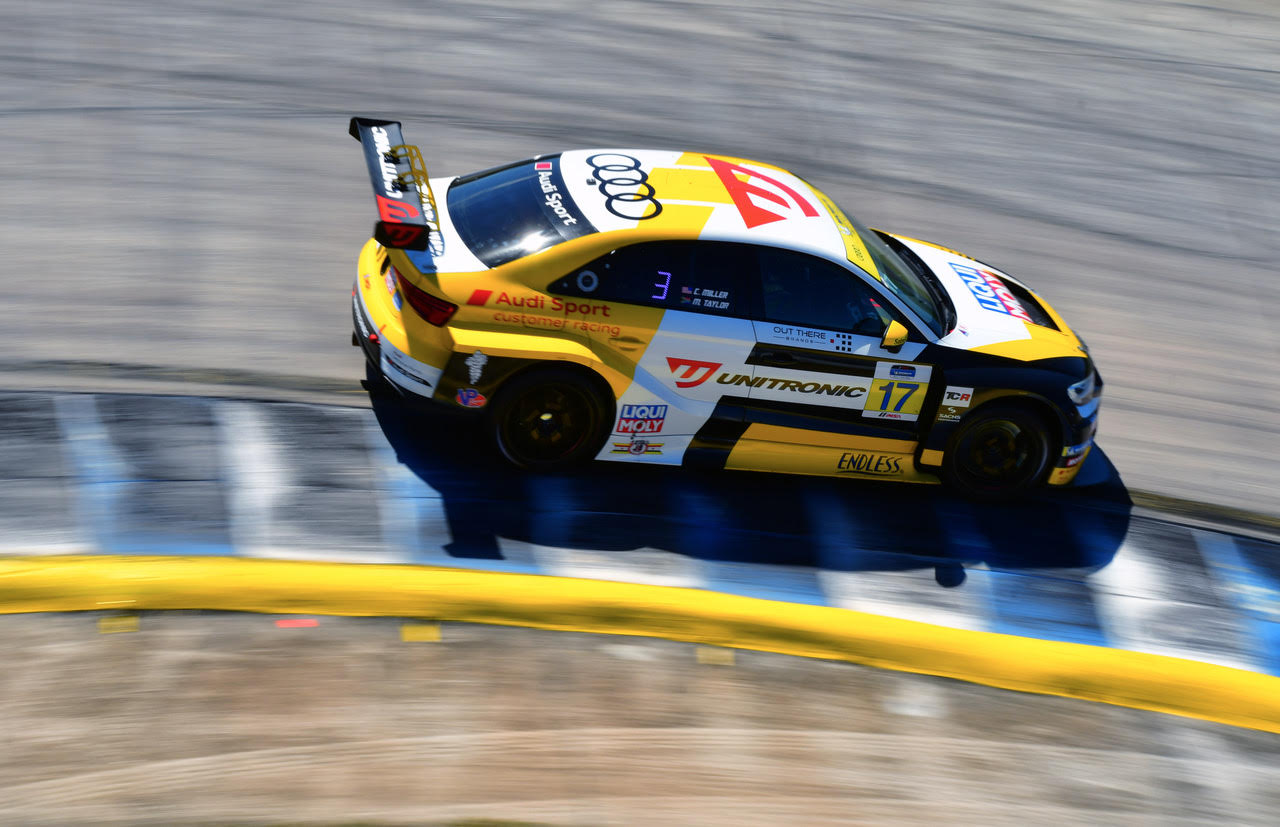 The Team made the call to pit Miller and put in Mikey Taylor and as luck would have it, a few laps after the pitstop, a caution came out allowing Taylor to catch back up to the rest of the TCR pack. Having already changed drivers and tires, the team opted for a short fuel only stop, which promoted Taylor from the back of the pack to the sharp end of the field, in 4th position. Knowing that he still needed to save fuel, and also his tires were a few laps older than his competitors, Taylor started saving fuel and tires while trying to take the Unitronic powered entry up the order, which is just what he did. Taking the lead on lap 32 with a fantastic around the outside pass in the daunting turn 1, and then settling into a rhythm and controlling his speed and gap to competitor’s behind. 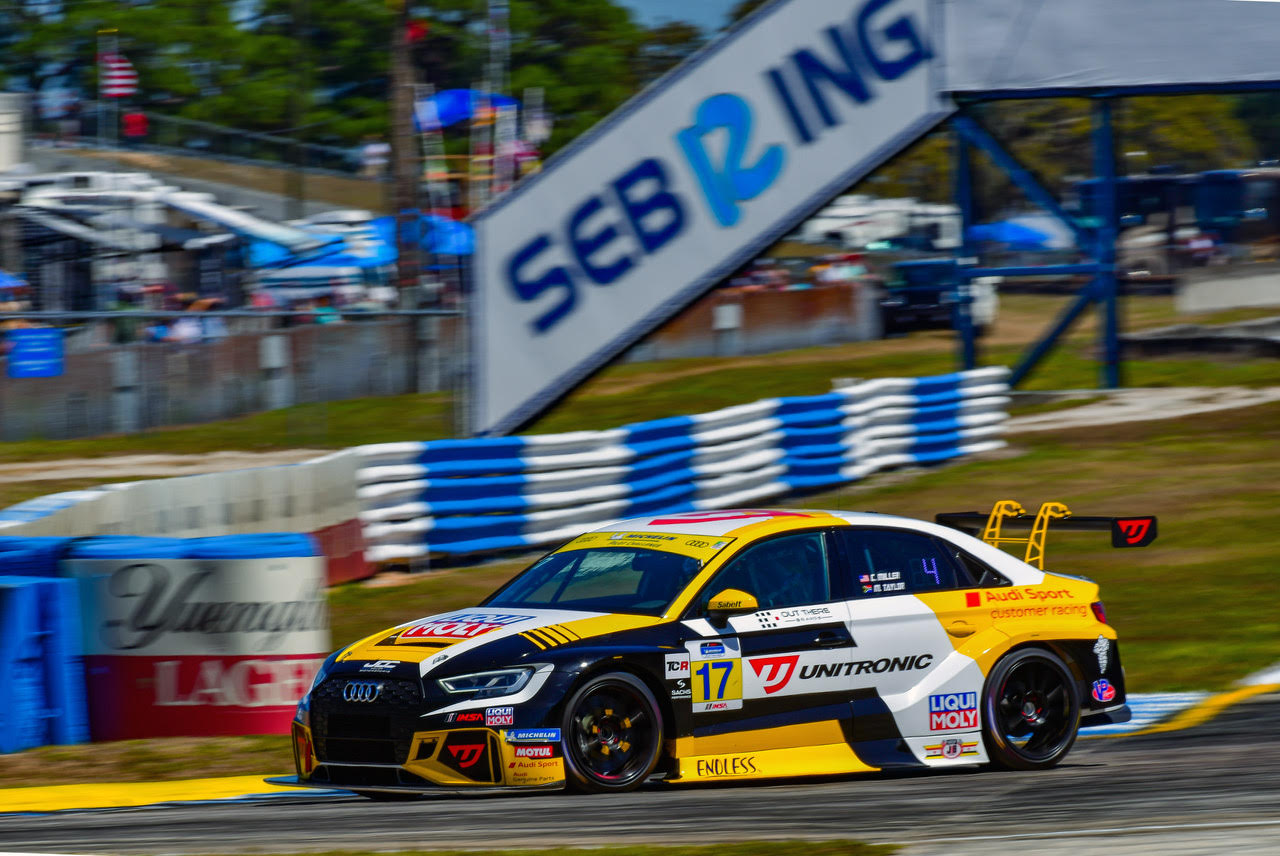 Unfortunately, after leading comfortably and with just over 30 minutes remaining Taylor radioed to the team, he was experiencing a massive vibration and loss of drive on the front left wheel. Bringing the car back to the pit lane the team found that the axle bolts which had been checked and tightened before the race had somehow come loose again taking them out of contention for the victory and dropping down the order. A dejected Taylor had this to say “My dad always taught me, some days you are the hammer and some days you’re the nail, at Daytona we were the hammer and today we got nailed! We definitely had the pace and car to win the race, and I thought once we were controlling the lead so easily that we had it in the bag, but these things happen and we’ll rebound even stronger as a team.”

Racing action for the Unitronic JDC-Miller MotorSports #17 Audi RS3 LMS TCR will resume at the Mid-Ohio 120 May 15th, 2021. Follow along live at IMSA.com and IMSA.tv as well as on the @unitronic social platforms. 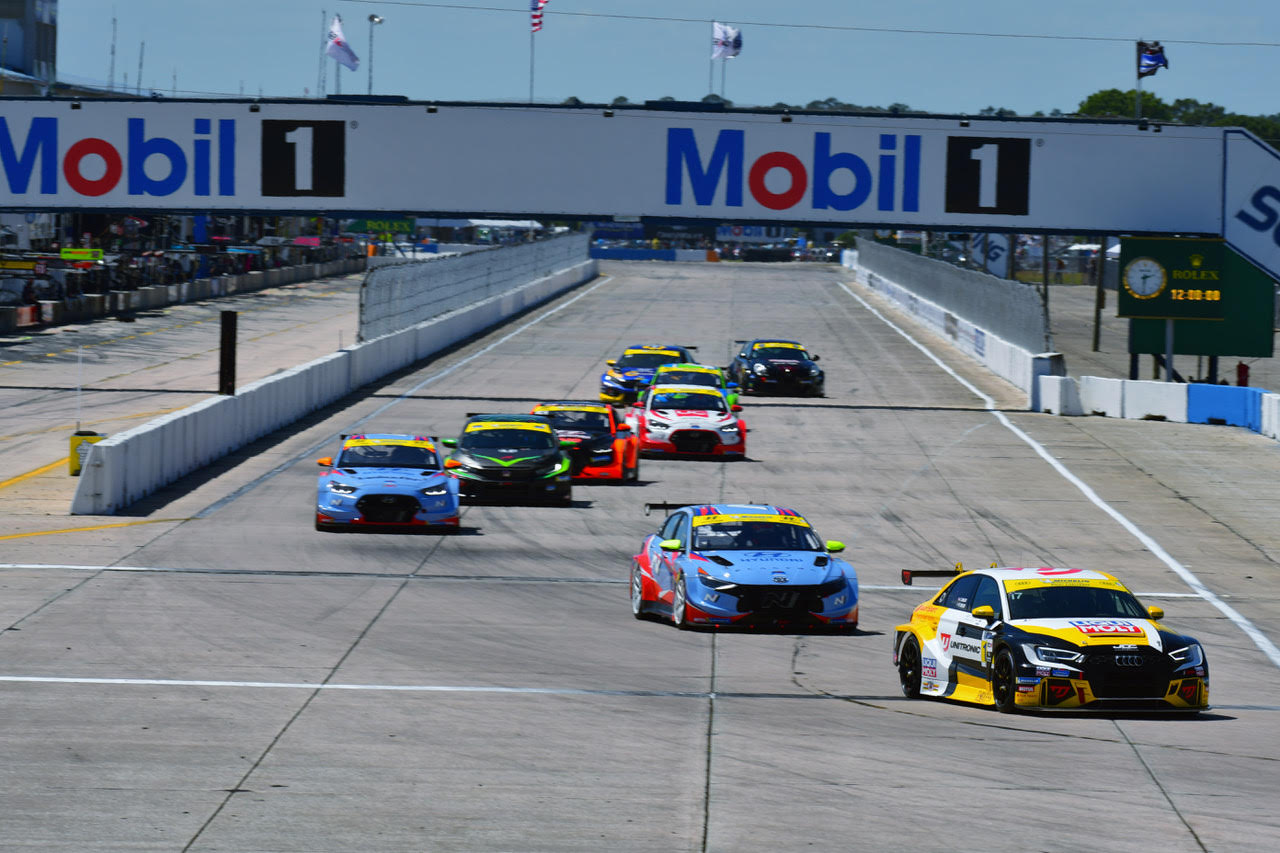 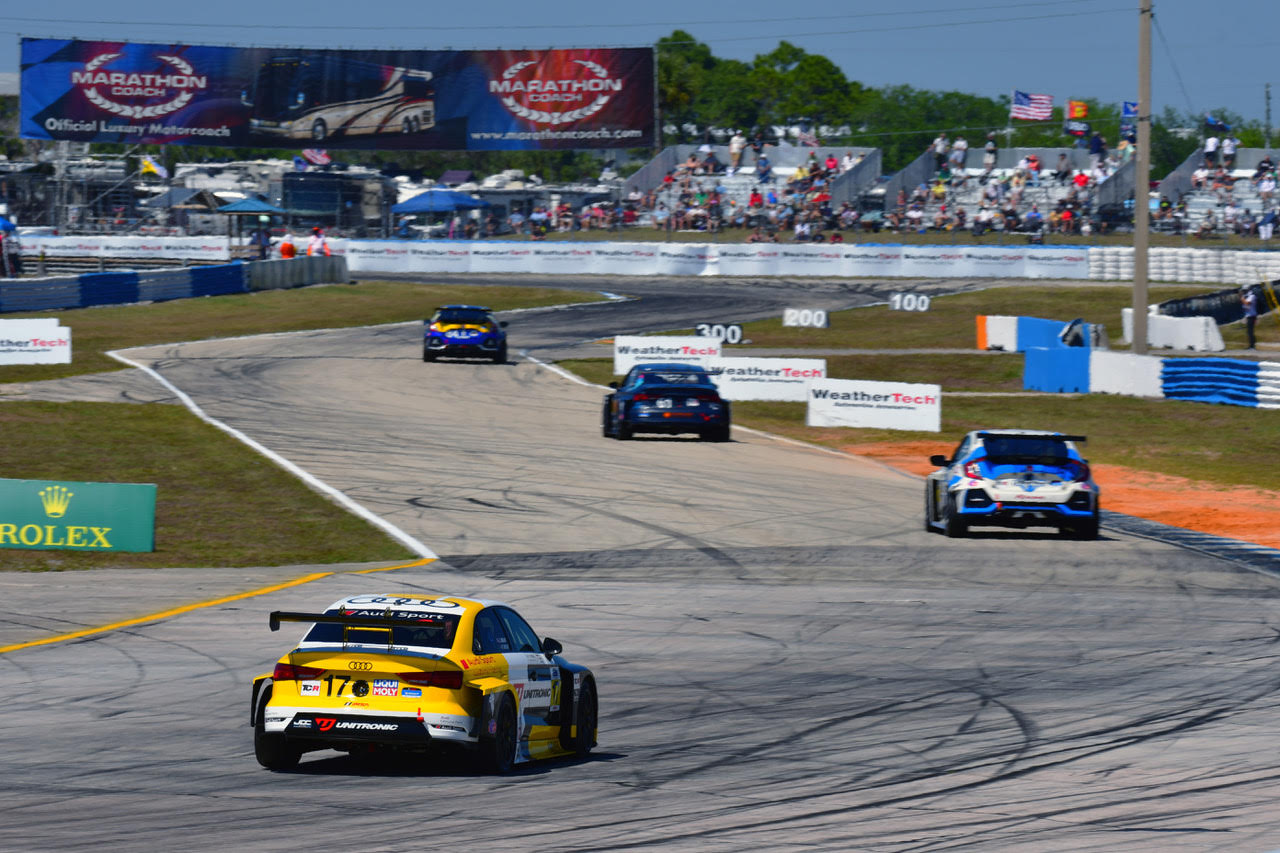 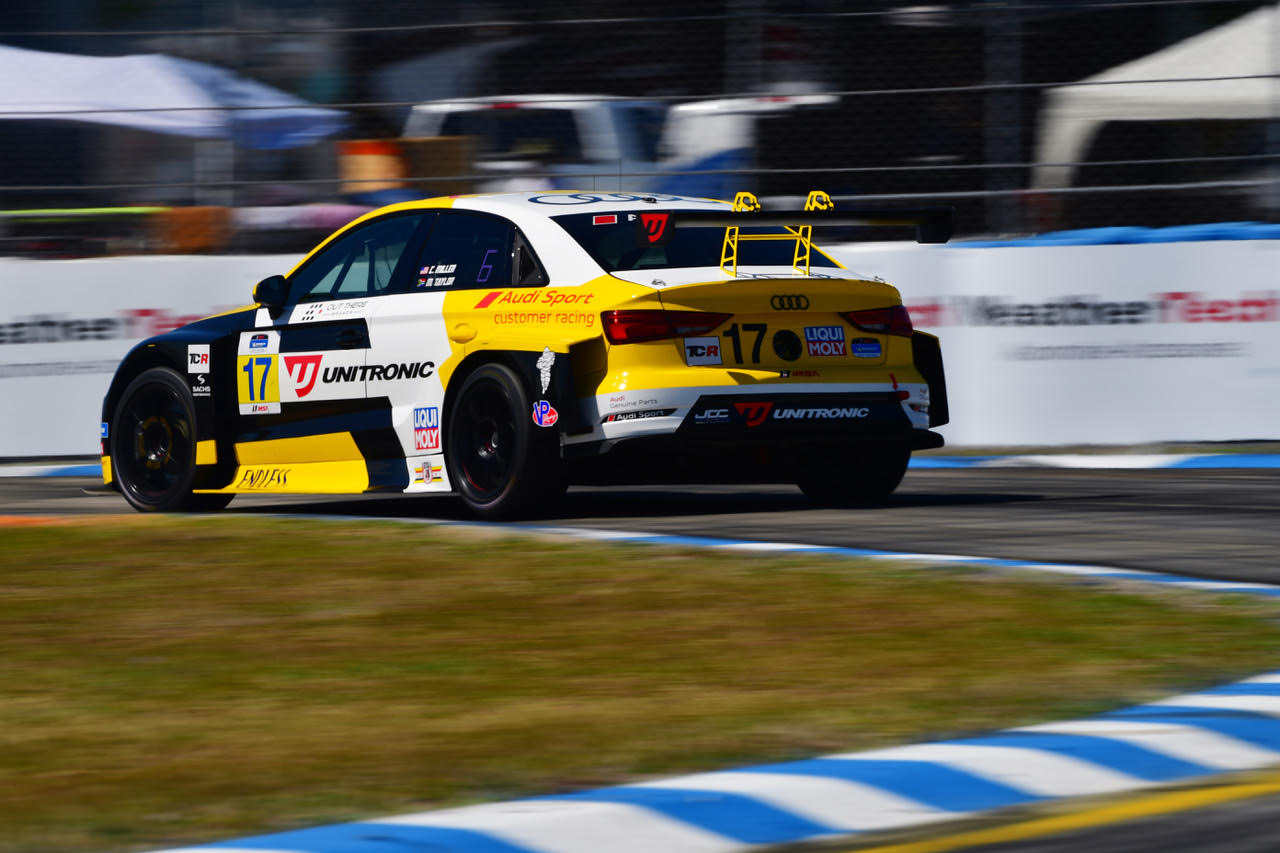 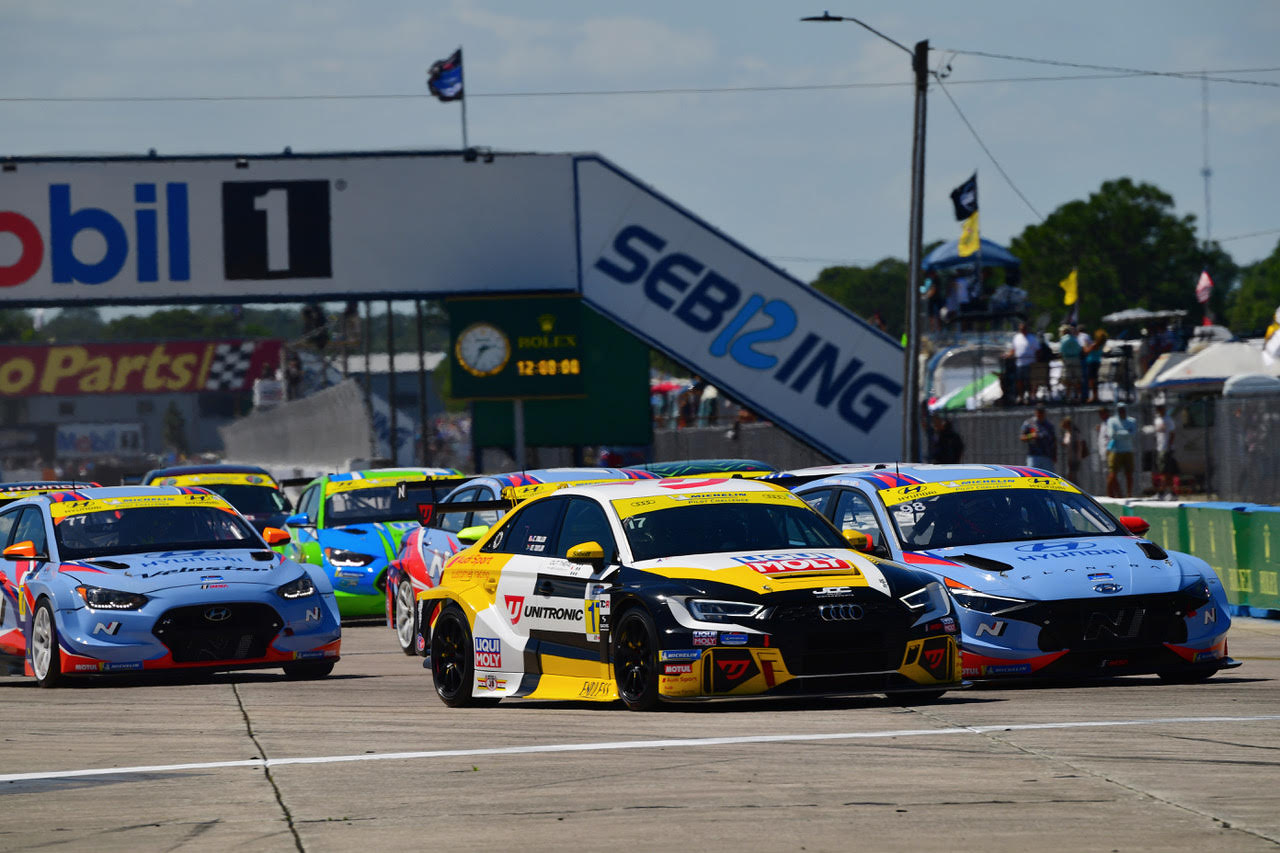