The Unitronic No.17 Audi RS3 LMS came into this past weekend at Road America after a solid sweep at Canadian Tire Motorsports Park, where Britt Casey Jr. and Mikey Taylor put the car on pole and won the race, in an epic fight to the finish. This weekend at Road America, Taylor stepped aside and Chris Miller came in to take his spot in the No.17. 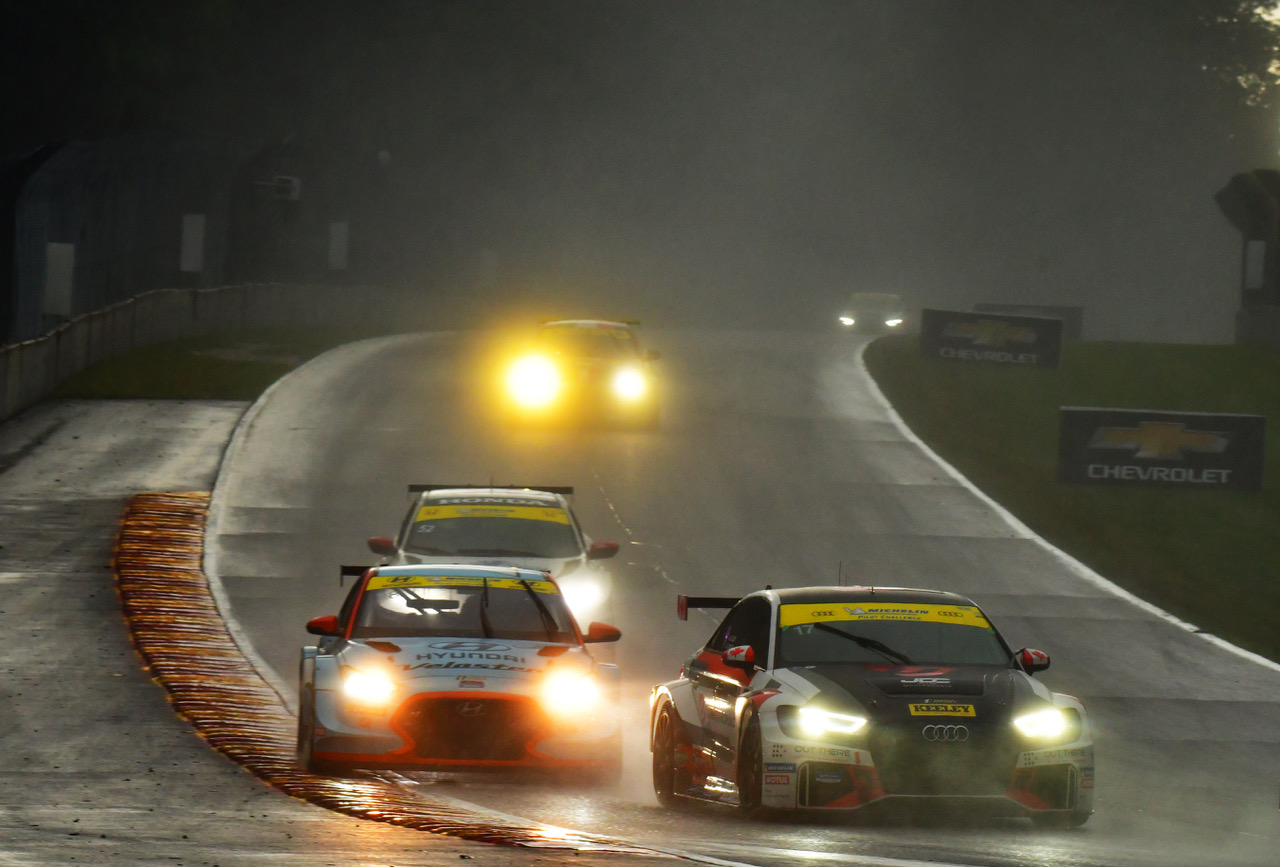 Miller did a great job in his debut in a TCR, qualifying Unitronic No.17 Audi in P4 to start the 2-hour race at Road America. The race was delayed due to inclement weather that began during the pre-race fan grid walk and race officials shortened the race time from the standard 2 hours down to 1-hour and 15 minutes. This prompted the JDC-Miller Motorsports team to regroup and rethink strategy for the now shortened race. 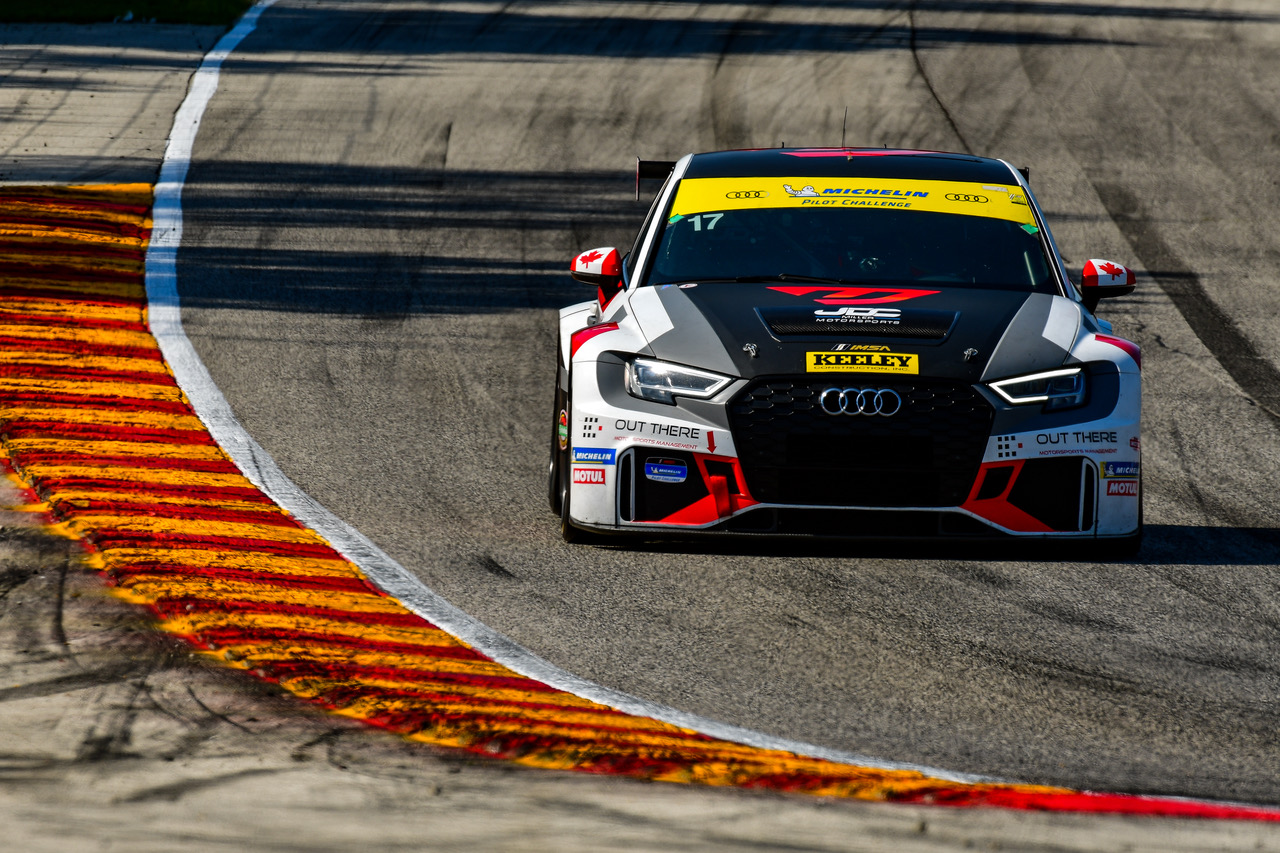 Miller quickly moved ahead to 2nd position and remained there for most of his stint, but the wet weather tires quickly faded as the track dried out towards the end of Miller's stint. Casey took over with 45-minutes remaining and pushed the entire time, taking the car from 8th to 4th. As the rain began to fall again, Casey, being out on slicks, battled hard to keep tire temperatures up, but ultimately, a series of late yellow flags and heavier rain caused him to fall down the order to finish a challenging 8th position in the competitive TCR field. 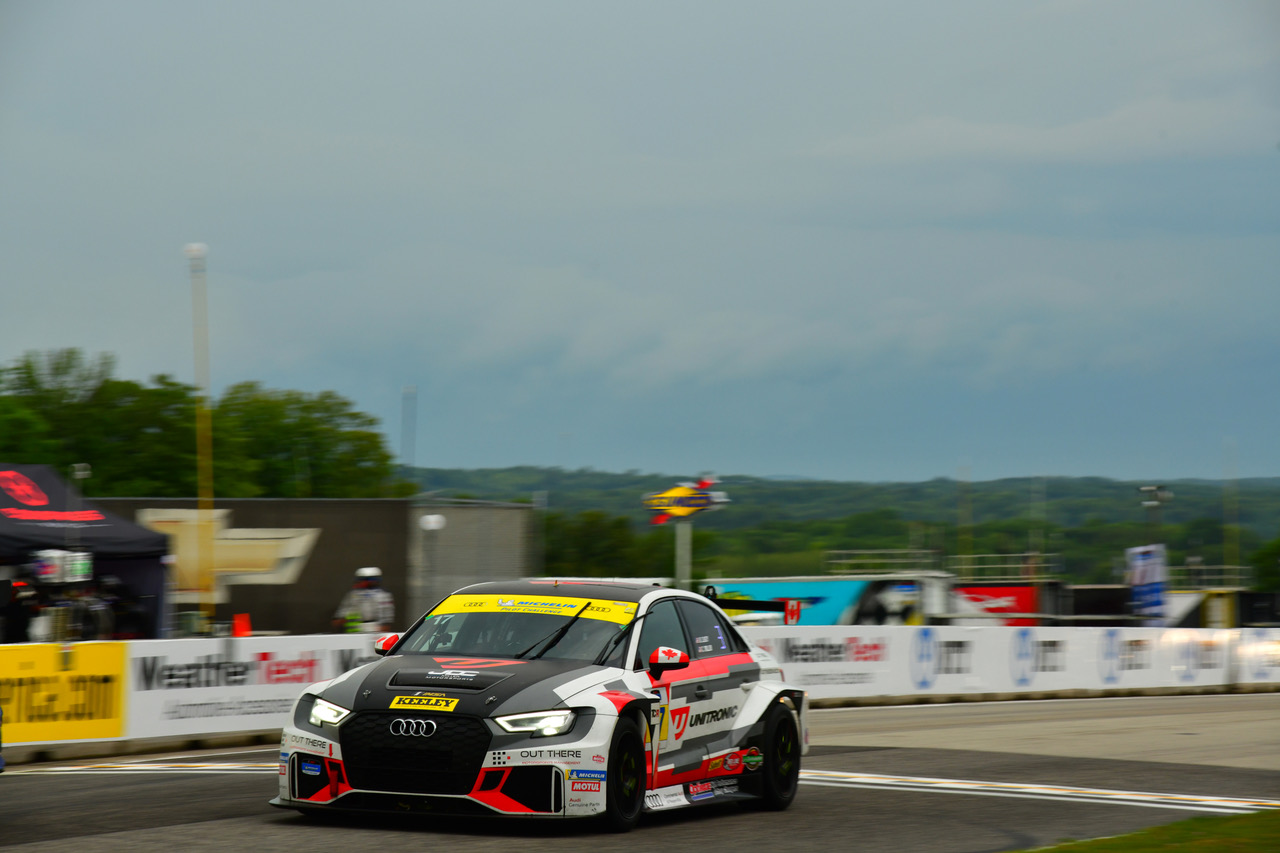 JDC-Miller Motorsports driver, Chris Miller, came out of the race all smiles with a hard fought effort in his very first TCR experience, having no prior testing under his belt, with hopes to get back in the TCR seat soon. TCR veteran and reigning class champion, Casey, who will be back in action with the Unitronic No.17 Audi at the season-ending Fox Factory 120 at Road Atlanta, had this to say about the ups and downs of the weekend; “With rain falling during the majority of the race, we gambled on our strategy and the weather unfortunately went the other direction. Chris was impressive in the car from the first session and through the race and we hit it off on day one. Our #17 Unitronic Audi RS3 LMS was fast all weekend and having the fastest race lap directly reflects our pace. We had guests from Autobahn Country Club attending which was fantastic as I know they all enjoyed the time spent with our JDC-Miller Motorsports team. Continental Audi of Naperville was on-sight for the race as well, which we were very grateful to represent for the first time in IMSA. While we didn’t get the result we were working for, I’m not discouraged as there were elements involved that were simply out of our control.” 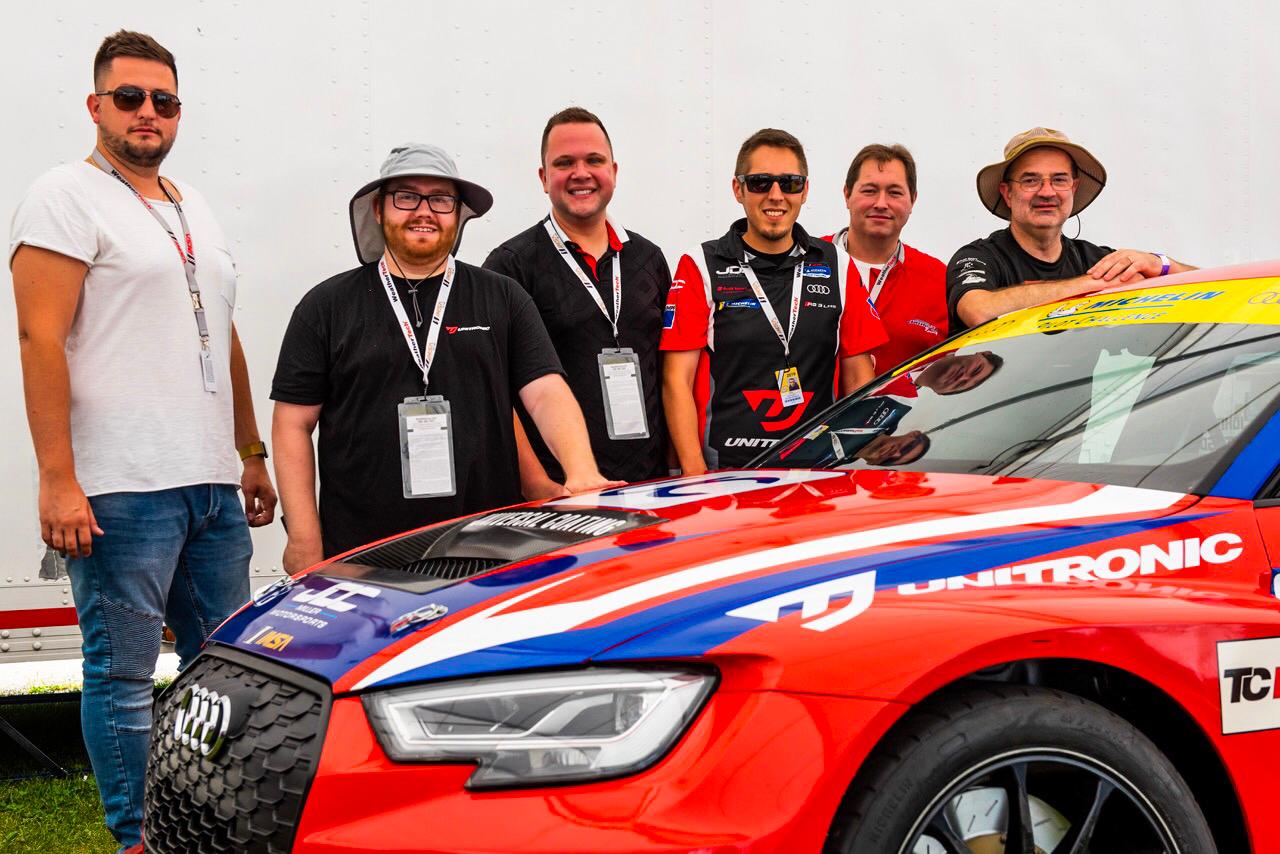 About Out There Brands
OUT THERE BRANDS was founded by professional racing driver Michael Taylor, filling the void focusing on offering extremely personalized branding services to the motorsports industry, specializing in custom made paddock displays and motorsports apparel. Alongside these services, Out There Brands provides first-class hospitality and event management. Learn more about getting your brand out there at www.outtherebrands.com

About Autobahn Country Club
Autobahn Country Club is a motorsports club with over 450 members. We are celebrating our 15th year in business and continue providing access to racing, driver development programs, karting and events for our members, clients and the general public. Autobahn is located 45miles from Downtown Chicago in Joliet, IL. Our 350 acre campus consists of a North Circuit of 1.5 miles in length, a South Circuit of 2.2 miles in length and both combine to form a 3.56 mile course, one of the largest in the US. The Club is also home to Kart Circuit Autobahn a 7/10ths mile championship Karting Facility, opening to the public in August. The Club also has the largest motorsports club real estate development in the country featuring Garage Mahals, Condo Garages, Rental Garages and Lots for sale. Two levels of memberships are available. For more info go to www.autobahncc.com