After suffering fuel pickup issues, dropping them down the order, the #17 Unitronic JDC-Miller MotorSport Audi RS 3 LMS TCR recovered from 2 laps behind to take victory at the IMSA Michelin Pilot Challenge season opener.

DAYTONA, FL – What started as a perfect weekend, with driver Mikey Taylor going fastest in first official practice by more than 2.7 seconds over their nearest competitor, turned into a weekend of learning and development with the new for 2021 drivetrain and chassis setup, requiring extensive setup changes between sessions and right up until the race in order to help guarantee the reliability of the car. In addition, the team’s Audi RS 3 LMS TCR SEQ (sequential transmission) is a newly permitted package in IMSA Michelin Pilot Challenge competition, and underwent several Balance of Performance (BoP) changes, mandated by the series and their technical staff throughout the weekend, leaving the team and drivers unsure what kind of speed could be produced in the race.

After a brilliant qualifying effort by Dr. William Tally on Thursday afternoon, the team was set for a 4th place starting position for the first of two four-hour endurance races of the 2021 season. Being the designated qualifying driver, meant Tally had to start the race in the black, yellow and white machine. Tally, in only his second ever IMSA event, met the challenge with what seemed a seasoned skill, by moving his way up the order eventually leading the race for a brief period before heading into the pits to make the team’s scheduled pit stop and driver change, handing it over to full-season driver Chris Miller.

Miller, a previous Rolex 24 hour winner, rejoined the pack and started his first of two one-hour stints, before running into fuel pickup trouble and having to coast the car into the pit lane, making it just 150 yards short of the team’s pit box. Quickly jumping into action, the Unitronic JDC-Miller crew members Jeremy, Jay, and Eric sprinted down the hot pit lane to help push the stranded car. Luckily, Miller was not in the fast lane, so the crew could make the push to the pit box. Once recovered and refueled Miller once again set out, this time two laps down from the leaders. Putting together fastest lap after fastest lap the Minnesota native started clawing back the deficit before handing driving duties over to South African born Mikey Taylor. 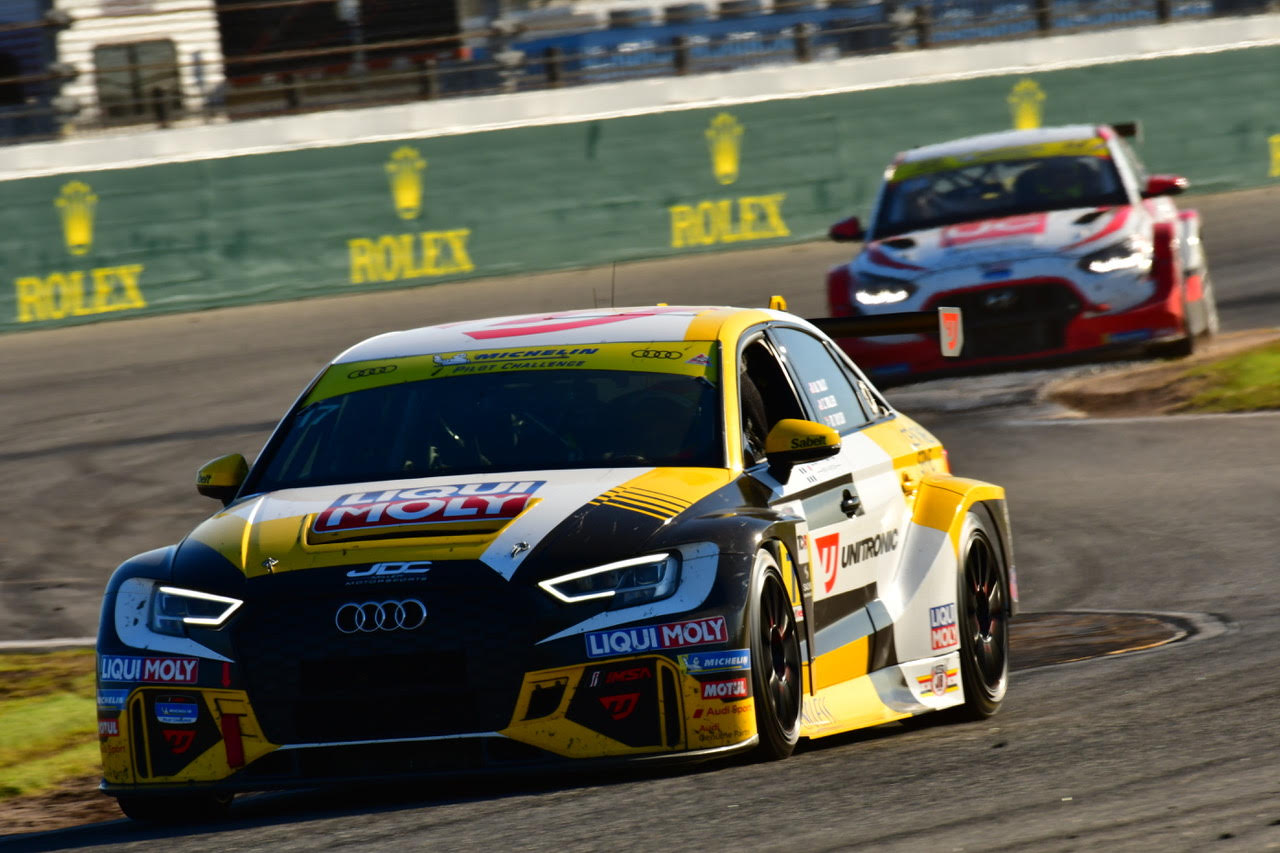 Together with the team’s engineering and strategy minds of Cole Scrogham and Ryan Perera, Taylor started on the quest of gaining back 2 laps and making a run for the podium. With what seemed like pure fate, paired with some ultra-fast lap times and passing maneuvers, Taylor had gained back the 2 laps and was sitting in third place with only a handful of minutes left on the clock, when a safety car was dispatched for a crash on track. Knowing that this was probably a now-or-never moment, in case another full cause caution fell before the checkered flag fell, Taylor made a daring move around the outside of the first and second place cars, jumping from third to first with only two laps remaining! This move gave the Unitronic JDC-Miller MotorSports team and Audi their first victory of the season and a full house of points to start off their championship pursuit.

“What a mega race that was, I can’t say enough about our crew for sticking with it even when we thought we were out, they gave it their all and it's thanks to them we’re in victory lane! Chris and Will did everything they needed to and gave me a clean, fast Audi race car! It’s a great start to our championship campaign, and I can't wait to get to Sebring for more fun!” said Taylor.

John Staffi, Technical Director at Unitronic had this to say about the victory "We couldn't have asked for a better start to the 2021 season with our #17 Audi RS 3 LMS TCR. It’s exciting to see all of our hard work pay off; and the drivers were a huge part of our success this weekend. Huge thanks to everyone at JDC-Miller MotorSports for outstanding prep, setup, and overall package, especially after the off-season rebuild and uncertainties with the transmission conversion from the DSG to SEQ. Thank you to Mark Murray and the rest of the team at Audi Sport customer racing for their legendary support and dedication to our program. Last but not least, Thanks to Liqui Moly, ZF / Sachs Performance, Out There Brands, my colleagues internally here at Unitronic, and the rest of our team partners for the support and help making this happen!" 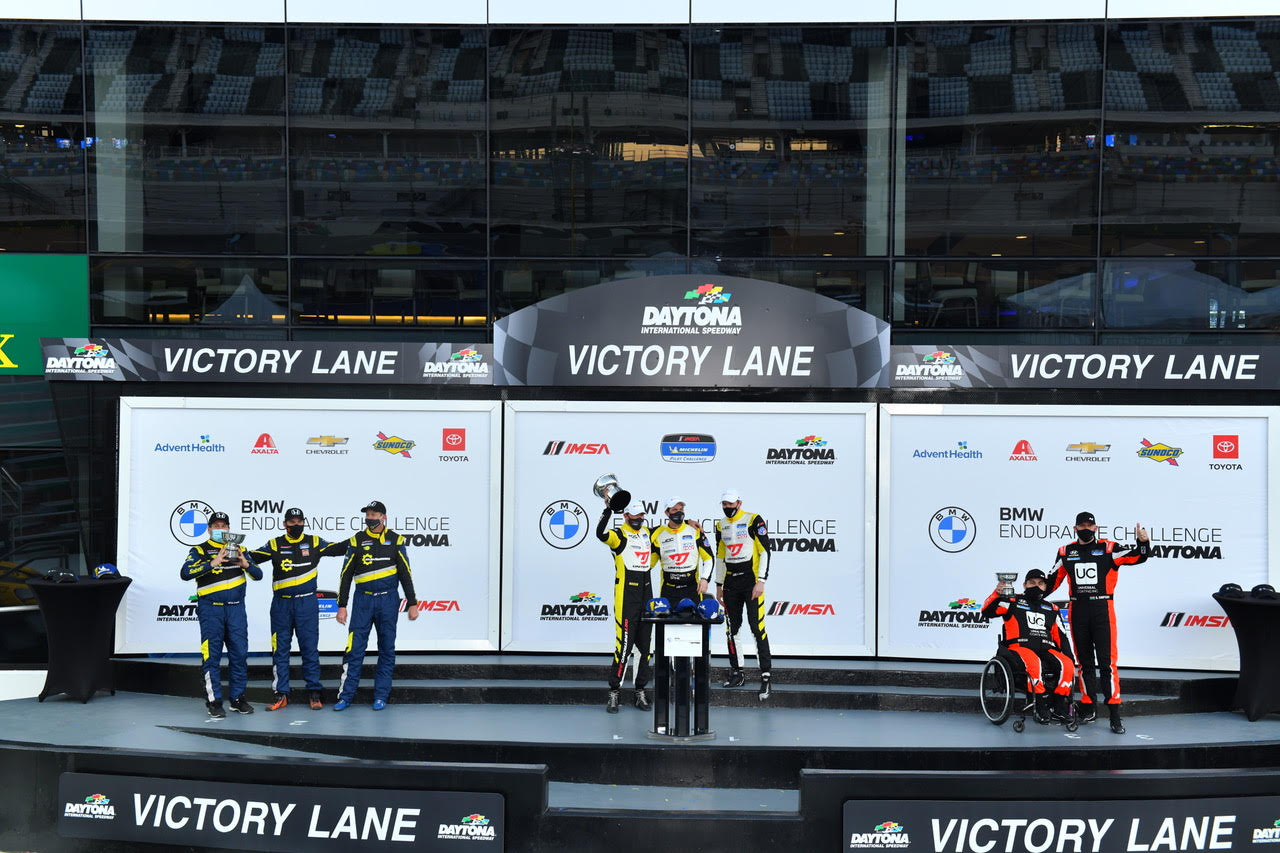 The next event for the Unitronic JDC-Miller MotorSports #17 Audi RS3 LMS TCR will be the Alan Jay Automotive Network 120 at Sebring International Raceway on March 19th. 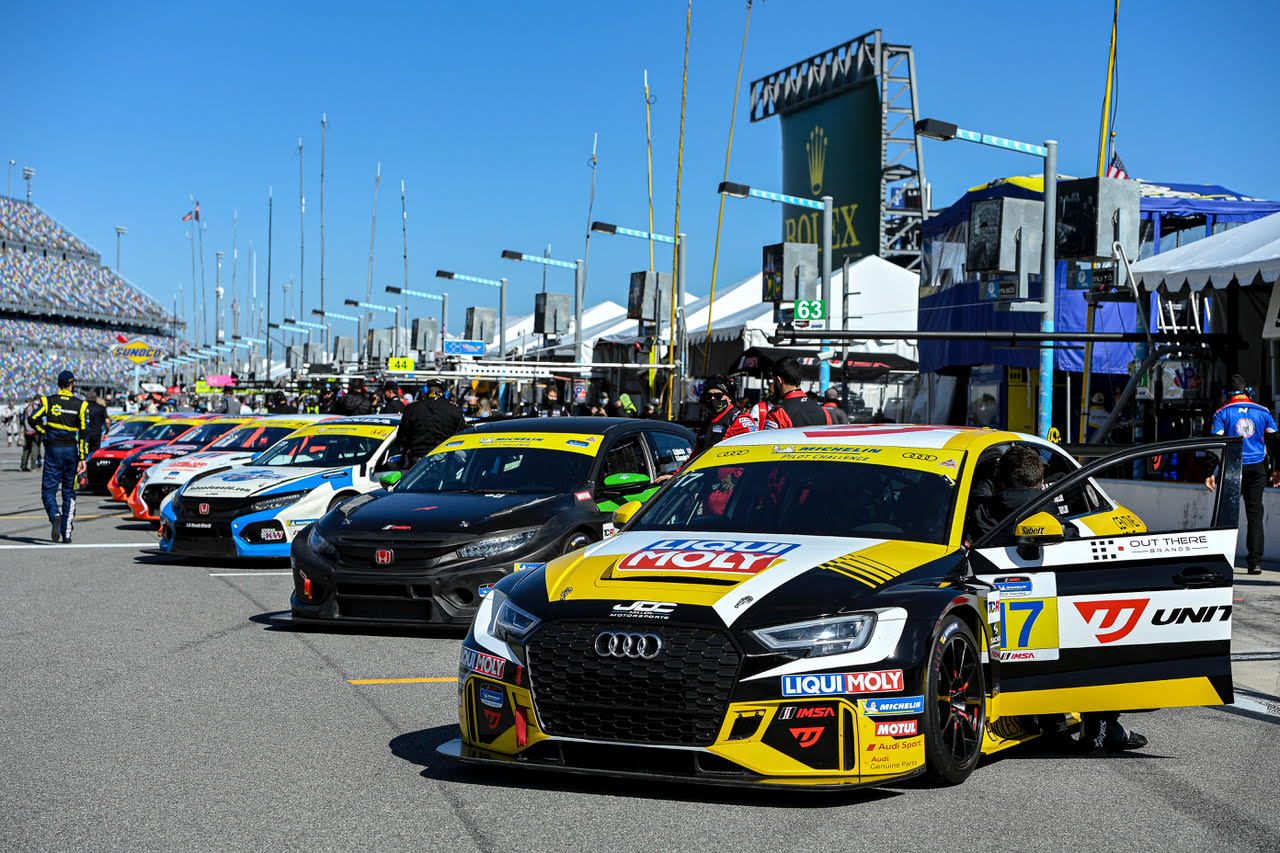 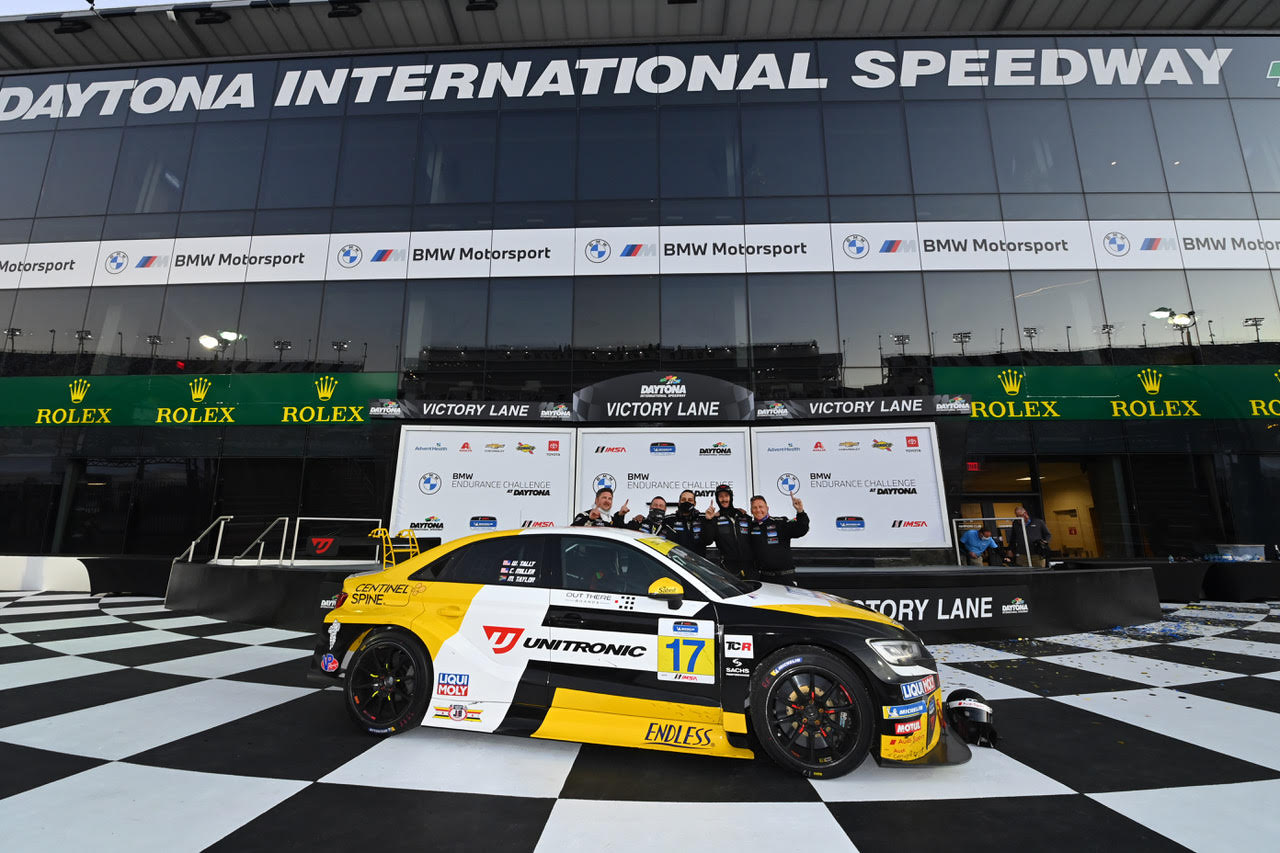 About CENTINEL SPINE, LLC
Centinel Spine®, LLC is the world’s largest privately-held, pure play, spine company focused on anterior column reconstruction. The company offers a continuum of trusted, brand-name, motion-preserving and fusion solutions backed by over 30 years of clinical success—providing the most clinically-proven technology platforms in the world for total disc replacement (prodisc®) and Integrated Interbody™ fusion (STALIF®). Centinel Spine stands alone as the only company with comprehensive motion-preserving and fusion solutions for both cervical and lumbar anterior column reconstruction. For more information, please visit the company’s website www.centinelspine.com