SEBRING, Fla. – Drivers Michael Johnson and Stephen Simpson and the JDC-Miller Motorsports team anticipated going into Friday’s Advent Health 120 that conditions could be a potential factor in the running and the outcome of the two-hour race at Sebring International Raceway, the second installment of the 2020 IMSA Michelin Pilot Challenge.

Turns out, unfortunately, their suspicions proved correct. Battling through intense Florida summer heat followed by a bout of thunderstorms with accompanying lightning, Johnson and Simpson finished ninth in abbreviated action at Sebring, short of their goal of a podium finish but in line to collect points. A shot at redemption is close at hand, however, as Johnson and Simpson and the team will be back in action in just two short weeks at Road America in Elkhart Lake, Wisconsin.

Starting in seventh, Johnson was in the Universal Coating No. 54 Audi RS 3 LMS TCR car for 20 minutes before a red flag halted action as thunderstorms rolled in. After an hour delay, racing resumed on a wet track.

“The race was a difficult one,” said Johnson. “We were all on slicks, so it was challenging for me to feel the track. Unfortunately, we lost a lot of spots, but Stephen was able to get us back into ninth before we had another weather issue and the race ended under yellow. We got some good points, so we will move on to Road America next weekend.” 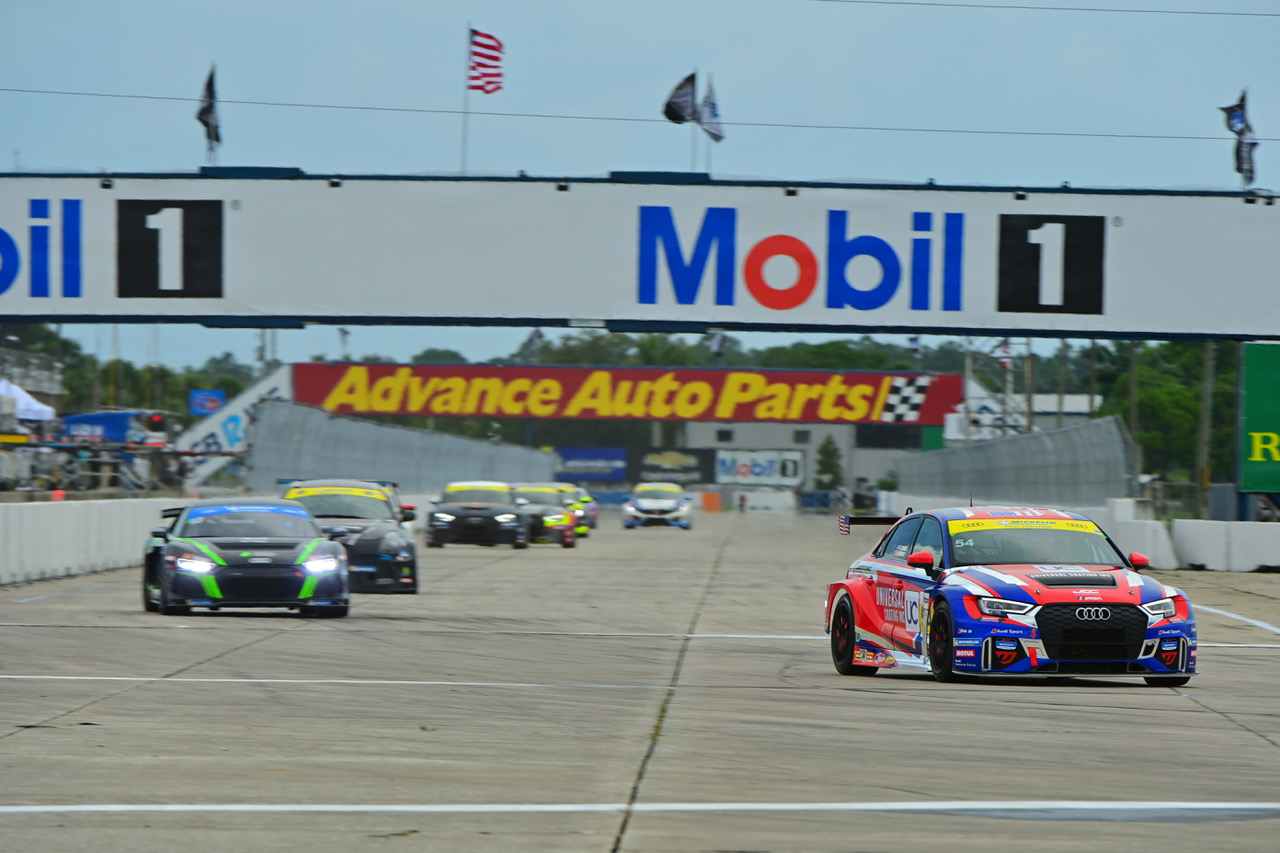 “The weather and the tricky conditions played a part in the race, obviously,” said Simpson. “Michael did a good job, kept the car on track and brought it into the pits with no damage, which is always the first priority in mixed conditions. 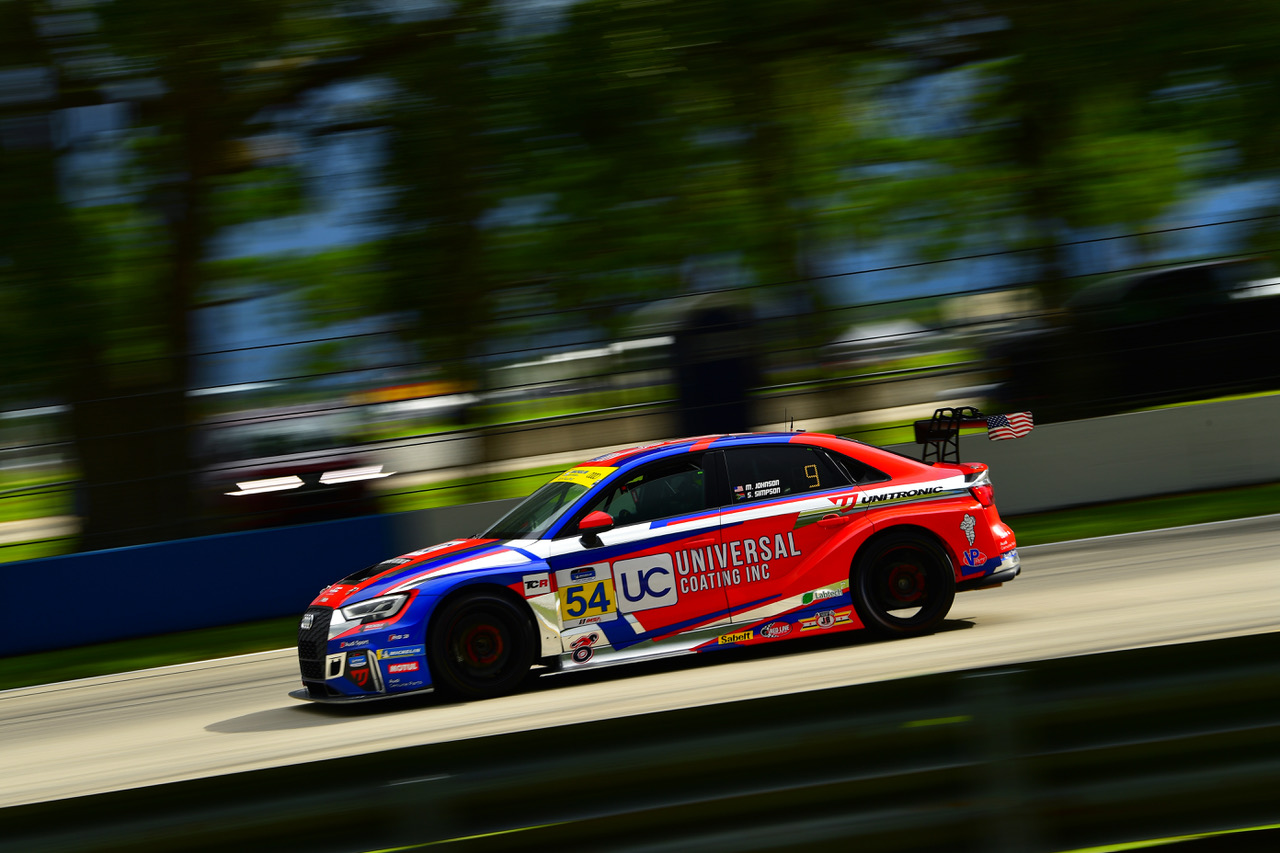 “With the rain and lightning and all that IMSA needed to do to get the race in, it meant the on-track action was shortened quite a bit. When I got in the car, there wasn’t much time to make something happen and catch up to the leaders. But, fortunately, it’s only two weeks until Road America. We did come away with some points and we were able to dust off the cobwebs. We will go hard at Road America.”

The Road America 120, the third round of the restructured IMSA Michelin Pilot Challenge season, will take place on July 31-Aug. 2. The race goes green on Saturday, Aug. 1 at 4:45 p.m. ET and can be streamed live on IMSA.tv with IMSA Radio commentary. A year ago, at Road America, mechanical issues near the outset of the race hindered the team’s efforts and the ground lost early on was too much to regain to put them into contention. 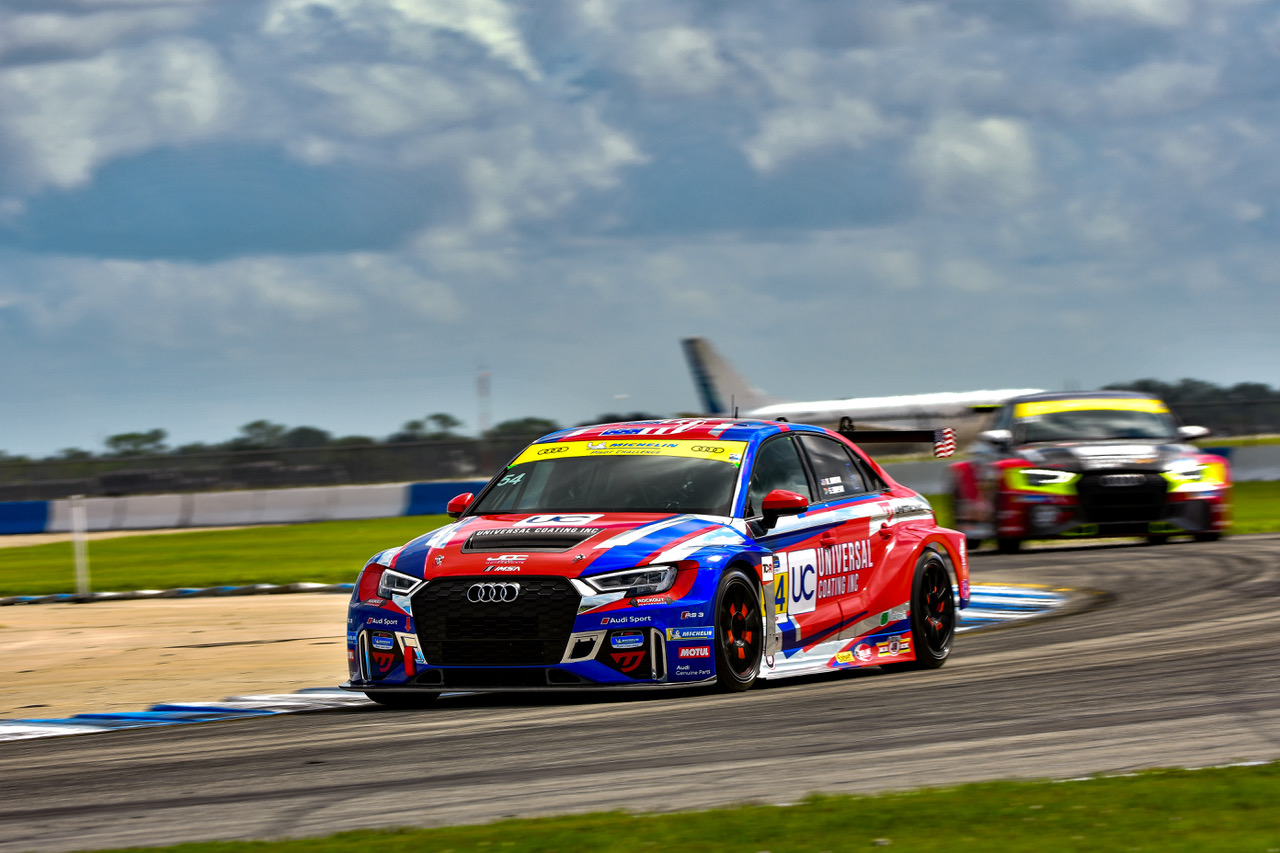