ALTON, Va. – The No. 54 Universal Coating Audi RS 3 LMS TCR car, piloted by co-drivers Michael Johnson and Stephen Simpson, was running fourth at the Virginia Is For Racing Lovers Grand Prix in Alton, Va., just minutes and a few laps from finishing, when mechanical issues forced an early and unfortunate end to the day of racing for the team.

“The weekend at Virginia International Raceway started off great,” said Johnson. “We were really quick in practice and I qualified the car second.” “VIR has always been a fun track and I genuinely enjoy it. Unfortunately, the race did not go our way. I had a strong stint and handed the car over to Stephen Simpson, who was driving flawlessly. We ended up having a mechanical issue with the right front shock that made us retire from the race. It’s such a shame because the entire JDC-Miller Motorsports crew did an amazing job all weekend. We will regroup though and get ready for Road Atlanta next weekend!” 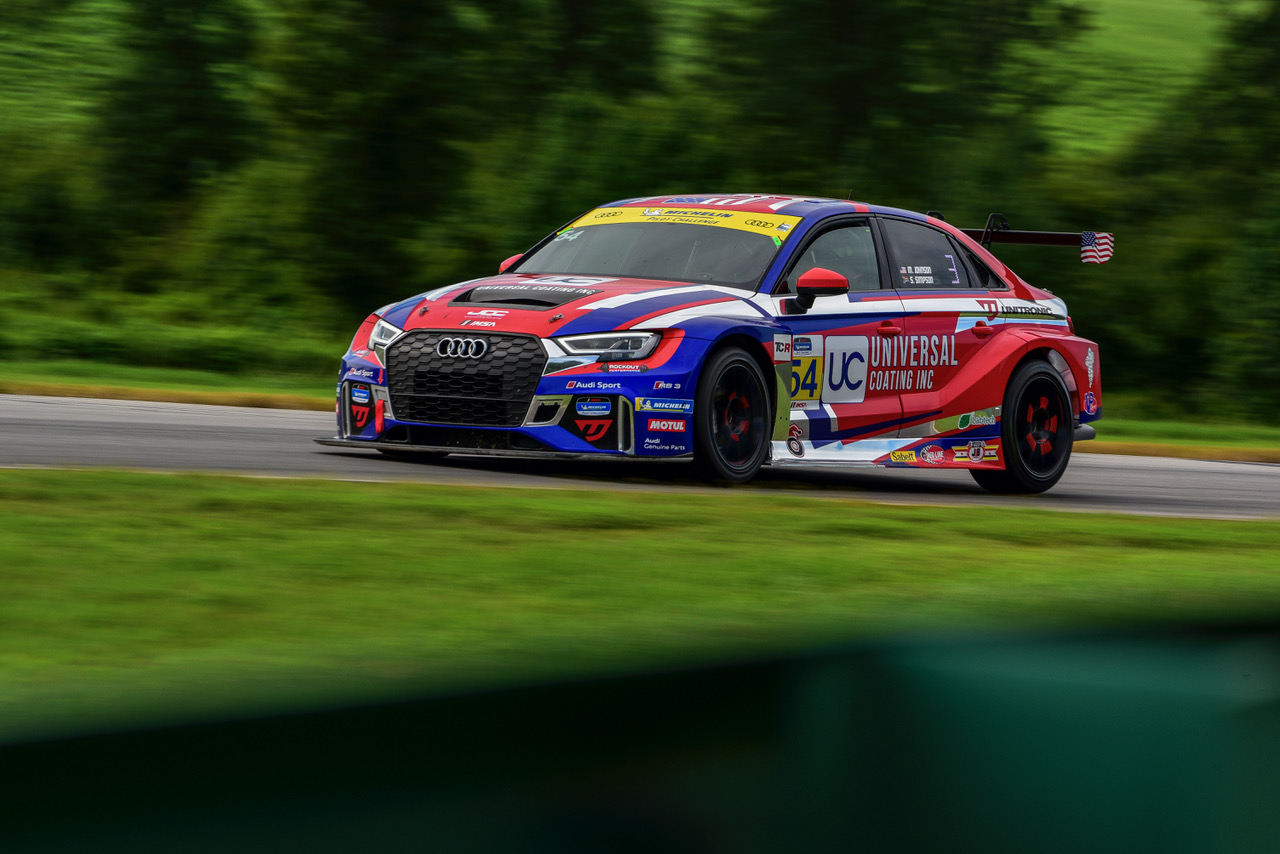 Evidence of the strong showing by the team, Johnson and Simpson posted a better top lap time (1:57.492) and faster top lap speed (100.193) than the eventual race winners, Michael Lewis and Mason Filippi.

“It was a tough race all in all,” said Simpson. “Michael drove a first great stint and also had a very strong qualifying effort; he was great this weekend. And JDC-Miller Motorsports gave us a very good car. I was driving the wheels off the car, squeezing every bit out of it but the Hyundai’s were too quick for us and tough to keep up with them. Ultimately, we had a suspension failure with a couple of laps to go. Fortunately, I was at a slow part of the track and was able to maintain control of the car but that’s how the race ended for us.”

Simpson forewent his normal spotting duties for driver J.R. Hildebrand at the Indy 500 to race with Johnson at the Virginia Is For Racing Lovers Grand Prix, breaking a four-year streak. The change took place because of the upheaval that hit racing schedules due to the COVID-19 pandemic. Normally a May institution, the Indy 500 was moved to August, the same day Simpson was booked to compete at the VIRginia International Raceway. 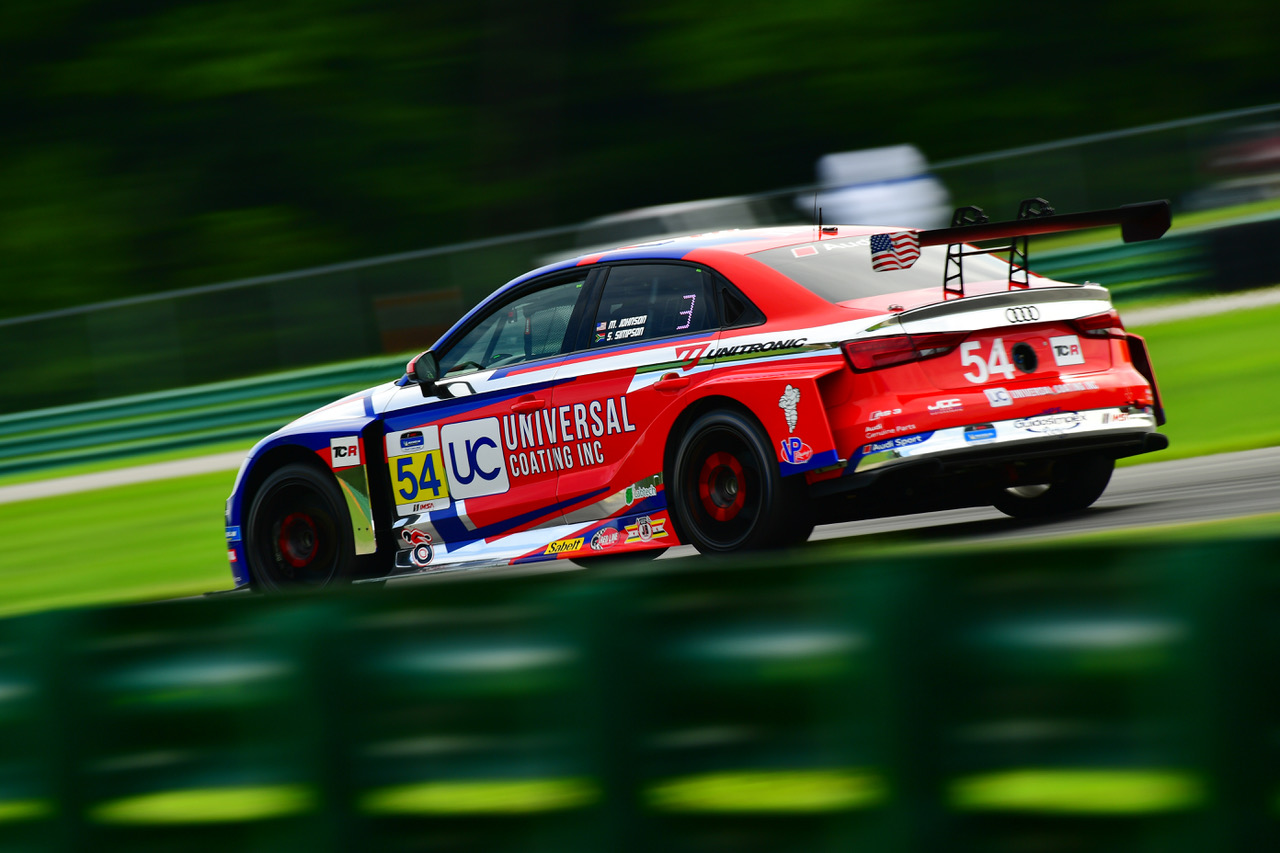 Johnson and Simpson and the JDC-Miller Motorsports team will head back south for the next stage of the IMSA Pilot Challenge, visiting Braselton, Ga. for the Michelin Endurance Challenge Weekend at Michelin Raceway Road Atlanta from September 4-6. The four-hour race on the 2.5-mile, 12-corner track is scheduled to begin on Sunday, Sept. 6 at 12:05 p.m. ET.

A year ago, at Road Atlanta, Johnson and Simpson were forced to withdraw from the Fox Factory 120 due to an incident.