Note: At Unitronic®, we pride ourselves on being a resource for the latest, greatest equipment as well as having the expertise to use it. While we love covering industry news and product releases, we also want to reach drivers who are just beginning to learn about performance, ECU tuning, and getting the most out of their vehicles. This piece is part of a series looking at the larger world of cars, performance, and technology.

Imagine a sleek stock machine. Lurking beneath the cold metal exterior lies unbridled potential and the promise of high-powered engineering performance. The beast revs to life with the touch of a button and a knowing smile crosses your face. True freedom is in your hands and this is just the beginning.

Stop and ask yourself: are we talking about a car or a computer?

There is no reason why it can’t be both. There’s increasing amounts of crossover between gearheads and computer enthusiasts with a passion for customization. According to the Merriam-Webster dictionary, a gearhead is “a person who pursues mechanical or technological interests (as in automobiles or computers)”.

For years PC gamers have taken great pride in building their own gaming rigs from the ground up in the pursuit of greater performance: more frames per second, increasingly efficient cooling systems, and a higher fidelity visual experience.

It’s not unlike what you’d see among oil-covered automotive devotees in their quest for efficiency and speed. Modern automobiles rely on electronic control units to control the electrical systems and subsystems within the automobile. Engine control units (as they were originally referred to), or ECU, came about in order to increase performance of engines by regulating air/fuel ratio, ignition timing, and boost control among other things. It’s all about the ride quality and the thrill of a finely tuned machine.

Before digital engine control systems, engine performance was regulated using mechanical and pneumatic means. The shift toward automotive computers parallels that of every industry and the battle between analog and digital. Yet when automobiles are met with sophisticated tech upgrades, car lovers discover what it means to have a truly unique customization experience. Gearheads have become computer nerds.

Gearheads and computer nerds have a lot in common, but the most defining traits are a love of tinkering and the desire for ever greater performance.

It was only a matter of time until their paths crossed, as nearly all modern automobiles rely on sophisticated electronic control systems in order to function. In this aspect, racing machines and gaming rigs are the same. Gearheads say horsepower, techies say frames per second. Both groups love getting under the hood to find new ways to increase performance. Both know the inner workings of their metal machine like the back of their hand, because they’ve disassembled and rebuilt it many times over.

There’s two aspects to building the biggest and baddest racing or gaming machine: physical components and digital optimization. When you’ve identified, and acquired the ideal combination of parts for your machine, you must still tune and optimize the performance of it.

Cutting-edge automobiles manufactured by the Volkswagen Group (Volkswagen, Audi, etc) often feature a licensed electronically controlled gearbox and clutch system called a direct-shift gearbox (DSG®). Because it is electronically controlled, it’s possible to upgrade or modify settings within the software of the DSG to alter things like the shift timing and the launch control rev limit. This is an example of how a modern gearhead might acquire overlapping skills with traditional computer enthusiasts.

This type of electronic optimization extends to other aspects of car ownership, like car computer upgrades. You can program or “flash” your ECU to boost horsepower, increase fuel efficiency, and perform many other performance related tweaks. It allows those with the know-how to get into the nitty-gritty details and optimize the performance of components controlled by the ECU.

ECU tuning is often paired with the upgrading of physical components like intake, exhaust, and intercooler in order to get the greatest benefits from the tuning mods. It’s essentially ensuring that the machine’s components are capable of safely taking full advantage of the upgrade.

This concept is no different than preparing for the power and weight of a bigger engine by reinforcing your car’s frame. For computer enthusiasts this might mean installing more efficient cooling fans or upgrading the power supply to go along with their new graphics card. Your machine must be optimized and ready to receive your new upgrades. 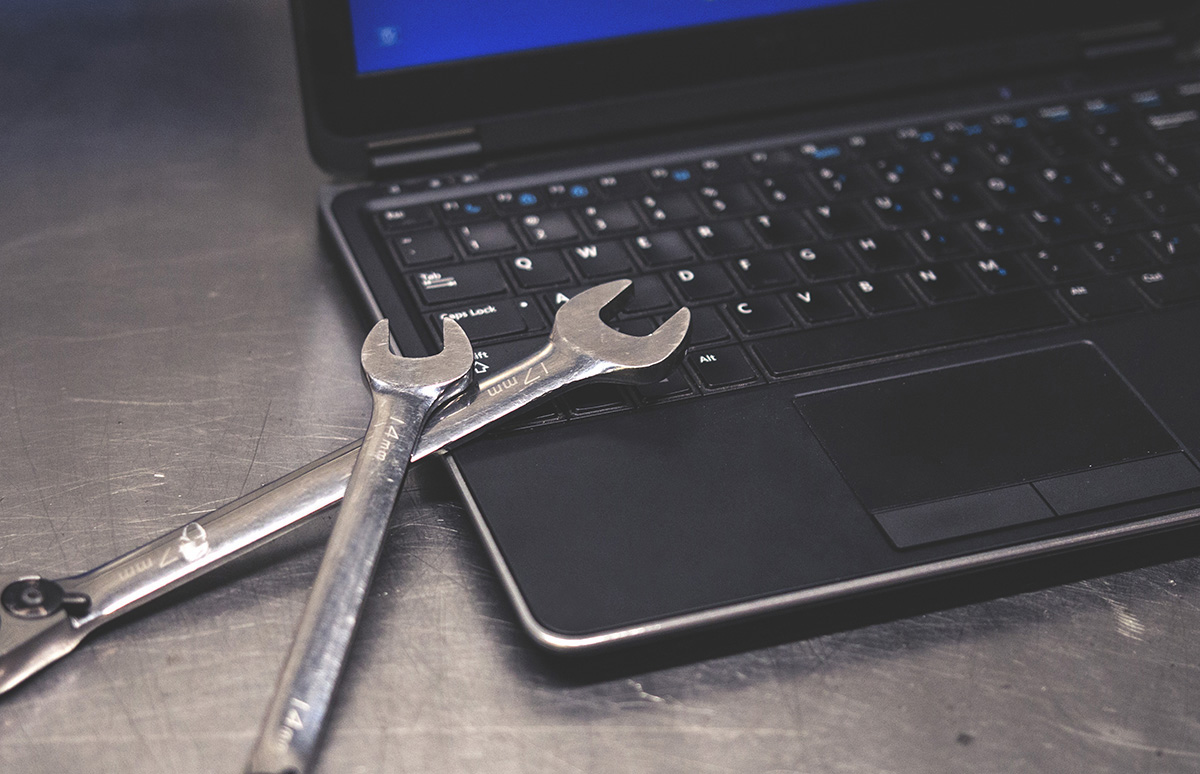 Electronic connectivity is the name of the game in 2017 and it’s just the beginning. The future of the automotive industry will continue to bring tech advances that further entwine traditional gearheads with computer nerds and demonstrate the necessity of sound computer skills to customize cars.

Driver-assist features like self-braking and lane assist will become even more common. The same can be said of other electronically controlled systems akin to Tesla’s autopilot. Advanced sensor suites comprised of cameras, radar, and sonar will help our high-powered rides sense other vehicles and navigate roadways and avoid impending dangers.

Vehicle to vehicle communication is another promising tech advancement that allows vehicles to communicate with each other, sharing information like speed, direction of travel, and inclement weather conditions. The 2017 Mercedes-Benz E-Class is the first vehicle released in the United States to feature this technology. Along with those external sensors we’ll see even more internal sensors that give drivers even more real-time information about the performance of their vehicle while it’s in operation.

There will never be a shortage of new ways to tinker and improve the way we build cars and drive them. The next 5-10 years will bring an influx of advances, including more widespread usage of alternative fuel sources like electricity. This is in addition to smaller yet powerful engines powering our vehicles. European-made cars particular love to feature what is called “turbo downsizing,” essentially a smaller and more fuel-efficient engine that features a turbocharger for increased power.

It was only a matter of time before the automotive industry evolved to heavily include computer components in the age-old quest for better performance. Oil, grease, computer chips, and circuitry are here together and here to stay. Analog and digital skills have combined, heralding in a new era of mechanics who can just as easily swap an engine as reprogram the electronic unit that controls it. It’s all in the pursuit creating the greatest machine possible. Car enthusiasts and tech nuts have finally become one and the same, and there’s no sign of turning back.

How Car Parts Have Gone From Analog to Digital

For Commuters and Suburban Dwellers, What is

Performance ECU Tuning: Before You Open the Hood, Plug In