How Car Parts Have Gone From Analog To Digital

Note: At Unitronic®, we pride ourselves on being a resource for the latest, greatest equipment as well as having the expertise to use it. While we love covering industry news and product releases, we also want to reach drivers who are just beginning to learn about performance, ECU tuning, and getting the most out of their vehicles. This piece is part of a series looking at the larger world of cars, performance, and technology.

How Car Parts Have Gone From Analog to Digital

Twist the key to start your car, and you are faced with a Christmas tree of lights on the dashboard. Everything from family-friendly SUVs to high-performance German cars have warning lights and notifications indicating that the engine, anti-lock braking system, and airbag sensor are ready for action. One by one, the nodes represented by these lights send reports by communicating with computers located under the hood. Each system is checked and determined to be in working order.

Over the last two decades, the auto industry has significantly changed the way we view – and drive – cars. While warning lights and sensors aren’t exactly new, what drivers today see in their dashboards masks a whole new universe of technology operating from bumper to bumper.

In the early days, car engine sensors and car performance upgrades were very simple. Back then, cars had an oil light that would illuminate when the oil pressure was low and an alternator light that would notify the driver that the battery wasn’t receiving the proper charge. Sometimes, the gauges were the sensors.

The oil pressure gauge, for example, was usually attached to the engine itself with a thin oil line that ran from the dashboard to the gauge. Testing the analog gauge pressure was quite simple, and it was up to the driver to monitor everything while driving. If for some reason things went wrong, the driver was expected to notice the odd reading and react quickly.

This mechanical character extended beyond warning lights. For drivers who wanted to customize or optimize their car’s performance, installing new or higher end parts was just a matter of making sure it fit. Upgrading the whole engine system was achieved by manual adjustments, physically tightening, loosening, or jerry-rigging as needed. Modifications were relatively static, rather than responsive to the performance of the rest of the vehicle, driving habits, or road conditions. While far from simple, it did require a singular skill set and automotive knowledge.

Today’s vehicles are much more complex. Some of these complications are the result of legislated safety regulations. Others are due to the vast array of luxury conveniences and performance accessories available on all but the most basic vehicles. All of them entail an entirely new, and high, level of precision and real-time adjustment. Digital computers now control everything. That says something about the technological progress of the automotive industry. Luxury cars have “body computers” to control luxury features, and these computers rely on fast-acting, precision-tuned car engine sensors. 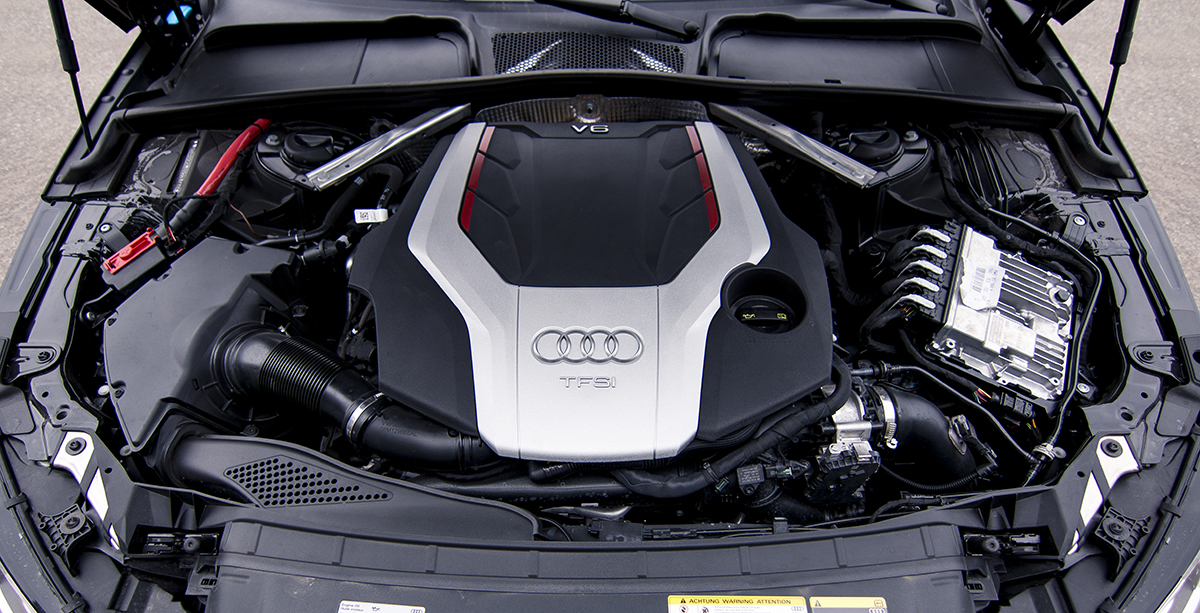 These digital electronic systems, commonly controlled by a central Engine Control Unit (ECU), make it easier to constantly monitor engine parameters like: oil pressure, coolant levels, and exhaust emissions. Once the computer is tuned to the optimal parameters, the information it measures is then reported to the driver. Car engine sensors continually monitor and coordinate the performance of major systems, sending real-time signals to the onboard computer located just under the hood. These computers keep track of everything, alerting the driver when things need to be replaced or when the vehicle is due for service.

So, how far has this gone? Well, under the hood of an automobile beats the heart of an amazing piece of machinery, the engine of modern cars, and it’s not the same internal combustion engine that was used by Henry Ford in his Model T in the early 1900s. There exists today a complexity never before imagined, and the ECU plays a pivotal role in the performance of the car as a whole.

To put it a different way, the ECU isn’t just a jumble of chips and wires. This part of the car, in particular, has a high level of sophistication, and makes use of microprocessors and detectors that can adjust and perform in real time. As a part of modern technological advancement, the ECU is not something that is ordinarily fine-tuned with a socket wrench or a pair of pliers. As a matter of fact, the firmware is something that can be reprogrammed with new computer code, or the replacement of microchips that are about the size of a small finger. Getting this tuning and programming right is critical, as this is something that governs the performance of virtually every part and system of modern cars.

As complex as vehicle control and monitoring systems have become, they can be seen as a foreshadowing of what to expect in the near future. New hybrid vehicles, for example, supplement the power from gas engines with an electric motor, and are starting to require more sophistication in sensing and controlling. Some of these systems actually shut the combustion engine off when it’s not needed, and then restart it instantly when power is required. This process, in particular, requires a wide range of sensors, all operating accurately. The best part is, this technology already exists.

This type of dependence on car engine sensors and other electronic systems require a high level of quality and responsibility that automobiles never had to possess before. It’s a challenge that, if met, will make the vehicles we drive even more efficient, as well as powerful. By some measures, though, it will also make servicing these vehicles harder. Mechanics cannot simply look under the hood nor do a manual inspection to identify problems or begin repairs; troubleshooting starts with getting a computer to talk to each car, contingent on compatible software and up-to-date databases populated with error codes. While the problem may require a mechanical solution, it is just as likely that a given error code will entail servicing the digital system, resetting sensors picking up false readings, or otherwise interfacing not with the engine and parts of the car, but the computers that connect them all together. 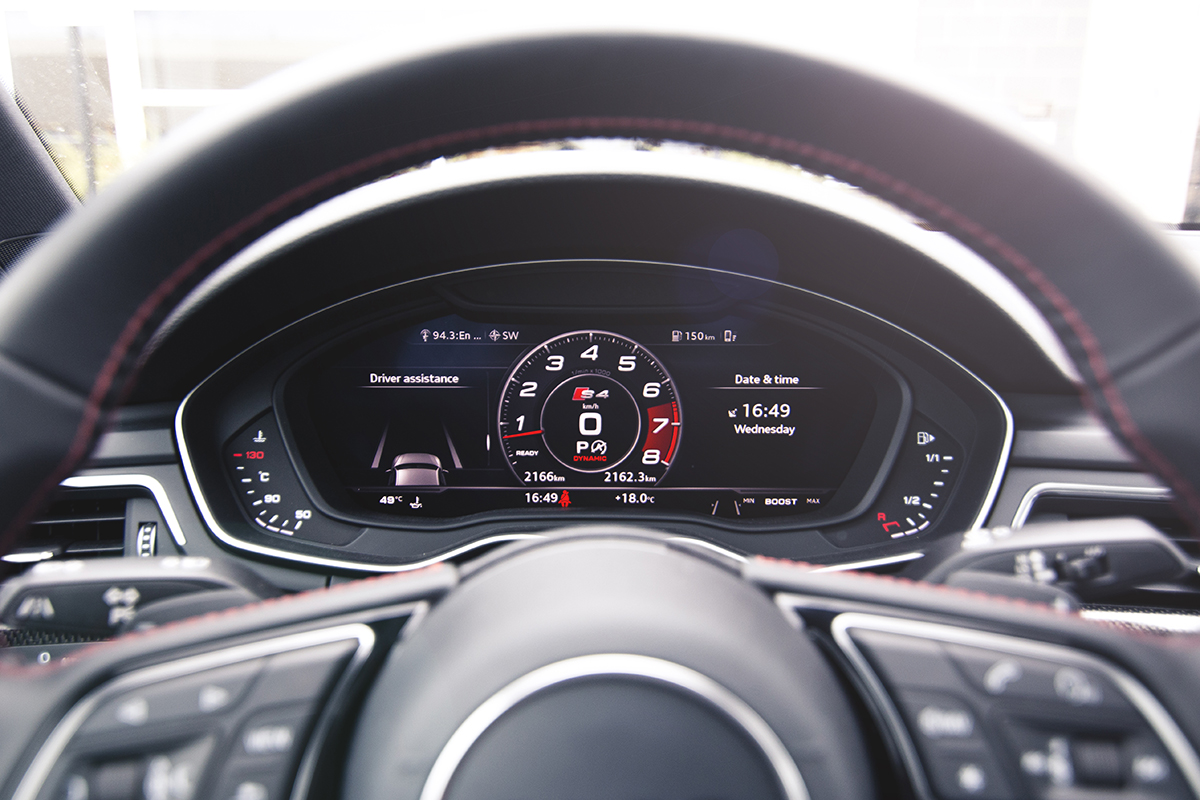 Anyone who owns a high-performance vehicle has to appreciate that an ECU is more than just a fancy-looking gadget under the hood. This is all part of the engine’s management system that allows for a much better fuel economy and more responsive performance. It also means there is a smaller amount of emission coming from the vehicle's exhaust, which is great for the environment.

So, if you’re looking to get more kick out of your vehicle, or would like to maximize the gains made possible by modern equipment and computerized systems, know that you’ll need ECU tuning services to ensure compatibility and optimization. Getting the right parts is only part of the process; ECU tuning will get everything not just up and running, but performing to the height of engineering and modern programming potential.

ECU factory settings can limit the performance of your vehicle and the systems it comprises. Taking a car up from these standard settings can be accomplished both through upgrades to specific parts, as well as through tuning the programmable ECU to the desired level. This ensures that every component, bumper to bumper, is operating at peak efficiency and giving your car the fullest power possible. To learn more about ECU tuning, performance upgrades, and the full range of parts and services you can leverage to get more out of your Volkswagen or Audi vehicle, explore the products we provide or check out the latest industry news. The technology, and the opportunities to upgrade and optimize, are constantly changing; Unitronic is your resource for the best in performance products and services.

For Commuters and Suburban Dwellers, What is

Performance ECU Tuning: Before You Open the Hood, Plug In